Samcro’s Gold Cup dream may hinge on this season

Posted by chris schweizer on September 1, 2018 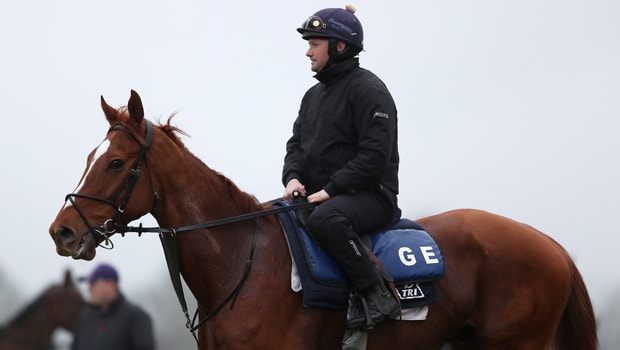 Ruby Walsh has told connections of Samcro to think very carefully before deciding to stay over hurdles this season.

That is if the long-term career goal is to win a Cheltenham Gold Cup with the Gigginstown House-owned six-year-old.

Trained by Gordon Elliott, Samcro cemented his status as the most exciting young jumps horse in training when he won the Ballymore Novices’ Hurdle at Cheltenham in March.

He lost his unbeaten record when he fell in an open Grade One over timber in Ireland a month later and Eddie O’Leary, racing manager for owners Gigginstown, suggested this week he may be aimed the Champion Hurdle this season.

O’Leary expressed the opinion that time is on Samcro’s side but Walsh, the top rider at the Cheltenham, Festival in 11 of the last 15 seasons, disagrees.

“From his pedigree and coming from his point-to-point background, and the way he jumps, Samcro looks a chaser,” said the jockey.

“He ticks the right boxes to head for a Champion Hurdle as he’s a Ballymore Novices’ Hurdle winner, like Istabraq, Hardy Eustace and Faugheen.

“On the other hand, if he stays over hurdles for another season, it’s often harder to go over fences then. The only horse who has won a Champion Hurdle and then won a Gold Cup is Dawn Run.

“On that basis, you’d have to wonder if a second season hurdling is the right way forward for a horse whose ultimate aim is to be a chaser. It’s a long way from a beginners’ chase to a Cheltenham Gold Cup and a lot of things have to go right.”