Posted by Jason Stepford on September 1, 2018 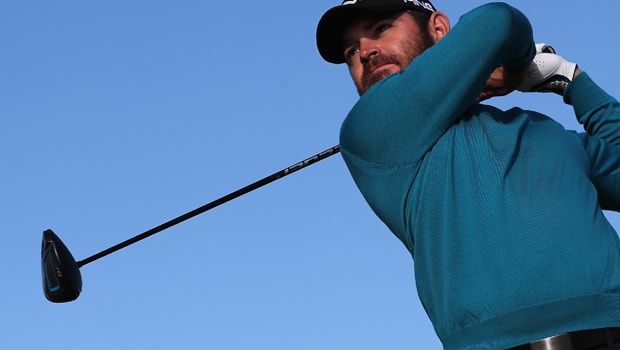 Louis Oosthuizen is determined to try and stay patient as he bids to prolong his FedEx Cup Playoffs hopes at the Dell Technologies Championship in Boston.

The South African is ‘on the bubble’ in 69th spot in the current FedEx standings, with only the top 70 progressing into the BMW Championship, the penultimate event in the playoff series.

The former Open champion admits there is a certain strategy to be employed in the FedEx Playoffs that simply might not come into play during the rest of the season.

Oosthuizen has vowed to try and ease himself into the tournament in Boston, which runs from Friday until Monday.

“Where I am, basically I just have to have a solid week – not really start out going for everything, I don’t think that’s necessary – but what makes it difficult is you don’t really know what’s going on,” Oosthuizen told reporters.

“It would be nice to see every third hole to sort of know where you stand but you just kind of guess, really, and most of the time you think I need more birdies and to make something happen.

“And you’re dealing with guys from the back making it as they freewheel it and they go for it, if things go their way they can get you.”

Another player looking to keep momentum up is Adam Scott, after he climbed from 73rd to 40th on the points list with his tied-fifth finish at the Northern Trust Open last week.

The Aussie says Boston is another opportunity to do well.

“There really is only pressure on the guy on the bubble. If you are a competitor and you want to be competing and there is a chance that you won’t be there next week, then you’ve got pressure on you,” Scott said.

Scott is 26.00 to win the Dell Technologies Championship, while Oosthuizen is 51.00.