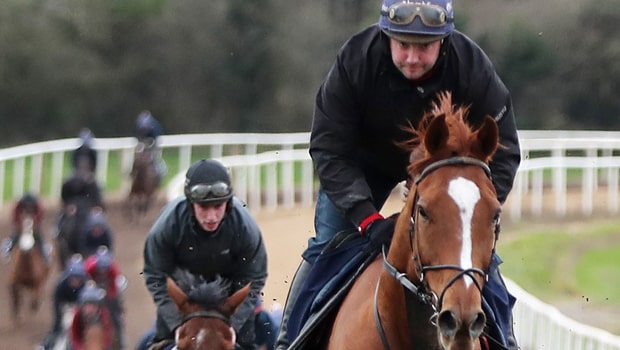 Gordon Elliott has revealed that next week’s Cheltenham Festival has come too soon for Samcro.

The most exciting novice of last term, Samcro delivered on his ‘Festival Banker’ status when he ran out a very impressive winner of the Ballymore Novices’ Hurdle at Cheltenham.

The Gigginstown House-owned runner hasn’t tasted success in four starts since however, and was deemed an unlikely Cheltenham runner after a lung infection was detected in the wake of his latest Leopardstown defeat in December.

Elliott had more recently been suggesting the seven-year-old might indeed make Cheltenham, with the Stayers’ Hurdle his target over three-miles, but despite his well-being, the Cotswolds showpiece has come around just too soon.

“Unfortunately we are going to have to skip Cheltenham with Samcro,” Elliott said in his latest blog.

“He’s in very good form and I am pleased with how he has been doing in his work over the last few weeks. However, Cheltenham is just going to come a week or two too soon.

“At the best of times you’ve got to be absolutely spot on for Cheltenham and while Samcro is in very good shape myself, Michael and Eddie (O’Leary, owners) feel that the right thing to do by horse is to give him more time.”

The two remaining spring festivals at Aintree and Punchestown remain on the agenda for Samcro, while Elliott has also confirmed that he will commencing a career over fences at the other side of his summer break.

“There is every chance that Samcro could run again this season and there are a range of suitable races for him at those meetings so hopefully we will see him back in action next month,” Elliott added.

“Looking further ahead, we are looking forward to when he goes chasing in the autumn.”

Paisley Park is the 2.63 favourite to win the Stayers’ Hurdle at Cheltenham while last year’s runner-up Supasundae is 6.00 to go one better.