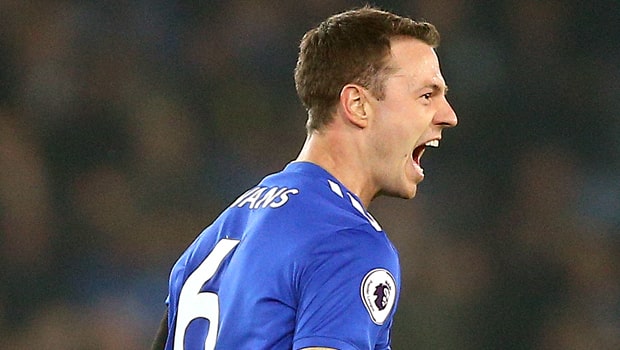 The Foxes have won just one of their last five games in the Premier League, although they still occupy 11th place in the table. Rodgers watched his side from the stands as they beat Brighton, but they fell to defeat against Watford in his first official match in charge.

The former Celtic manager used a new-look back-three formation for the game against the Hornets and Evans is confident his players will soon adapt and improve under his stewardship.

He told the Daily Mirror: “I’ve been a long-time admirer of the new manager’s work – he’s done great things at the clubs where he’s worked before, so it’s great to see him come to our football club.

“I think everyone’s really excited to work with Brendan Rodgers and see what he can offer us as individuals and as a team.

He’s a top-drawer manager with a good reputation and his arrival has given everyone a boost.

“I think he wants quick, fast players in attacking areas – we’ve got players like that at the club and I hope he can give the team a structure, and the belief, that we can cause teams problems in that way.

“We’ve talked about being more streetwise in games because we conceded early and right at the death against Watford.

“He will make us more streetwise because we’ve got great talent. We’ve just got to learn how to manage games a bit better.”

Leicester are next in action against Fulham and they are 1.62 to win, with the draw 4.00, while Fulham are priced at odds of 5.50 to earn all three points.