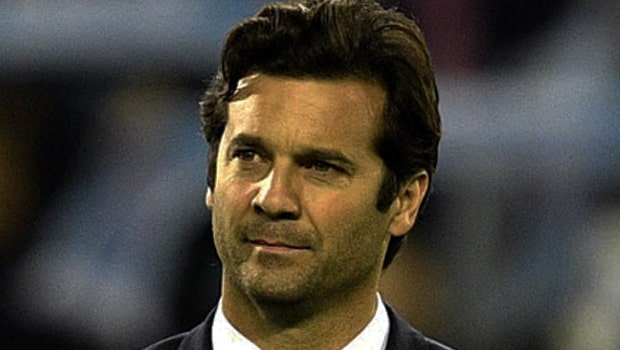 Santiago Solari has urged the need for calm at Real Madrid after their humbling 4-1 defeat to Ajax in the Bernabeu halted their European domination.

The Spanish giants were seeking a fourth successive Champions League crown and they led Ajax 2-1 after the last-16 first leg in Amsterdam.

The Eredivisie side were outstanding in the Spanish capital however, with Hakim Ziyech and David Neres scoring early on to turn the tie around.

The impressive Dusan Tadic laid on both goals and scored Ajax’s third with a curling shot into the top corner in the second half.

Former Real midfielder Solari replaced Julen Lopetegui as manager in November, signing a contract until 2021, and despite their European exit coming on the back of a La Liga loss at home to Barcelona on Saturday, he says he won’t be quitting.

“I did not come to the club in such a difficult moment to give up,” Solari said.

“What we must do is remain as calm as possible in such a difficult moment and take it on with the best character. “Madrid is bigger than any of us – it always returns – and returns even stronger.”

It is the first time the 13-time European champions have failed to reach the quarter-finals since 2010 and, with Barca 12 points ahead of them in the domestic title race, defender Dani Carvajal admits their season is in ruins.

“I’ve never felt as sick as this, I don’t know how to explain it,” said Carvajal.

“In one week everything has gone, and all of it after matches at home.

“It is clear the season is over but we will continue working in the league because that’s what we have to do and we have to be professional.”

Real Madrid are 1.62 to get back to winning ways on Sunday when they face Valladolid in the league.