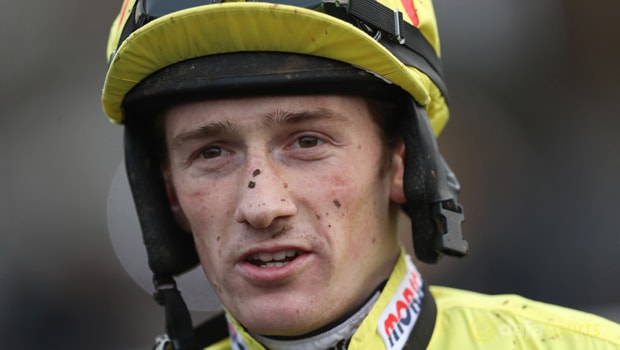 Sam Twiston-Davies is looking forward to pitting his wits against unbeaten chaser Altior in Saturday’s Game Spirit Chase at Newbury.

Last season’s outstanding novice and winner of the Racing Post Arkle at the Cheltenham Festival, Altior has not been sighted so far this season.

He was due to make his comeback in the Tingle Creek at Sandown in December but missed the race and subsequently underwent a wind operation.

In his absence, the Paul Nicholls-trained Politologue stepped up to win the two-mile Grade One at Sandown.

Injury meant Twiston-Davies missed that race but he was back when Politologue followed up with a smooth victory in the Grade 2 Desert Orchid Chase at Kempton over Christmas.

Altior and Politologue are on course for a major collision next month in the Queen Mother Champion Chase at the Cheltenham Festival, but Twiston-Davies is eager to take on Nicky Henderson’s star at Newbury, though he admits his charge will come on for the run.

“I schooled Politologue on Tuesday and he’s very well in himself. The one big aim is Cheltenham, so he’ll come forward for the run, but he’s in very good form. I’m really looking forward to the ride,” said the rider.

Henderson has suggested in the lead up that Altior is likely to be at his most vulnerable for his first run back.

Nicholls meanwhile is adamant that the much-improved Politologue is a major player in the Queen Mother Champion Chase picture, irrespective of the opposition.

The Ditcheat handler will be chasing a record-equalling sixth career win in the two-mile Championship contest next month.

Altior is the 2.38 favourite to win the Champion Chase, while Politologue can be backed at 4.50.