Posted by chris schweizer on December 6, 2018 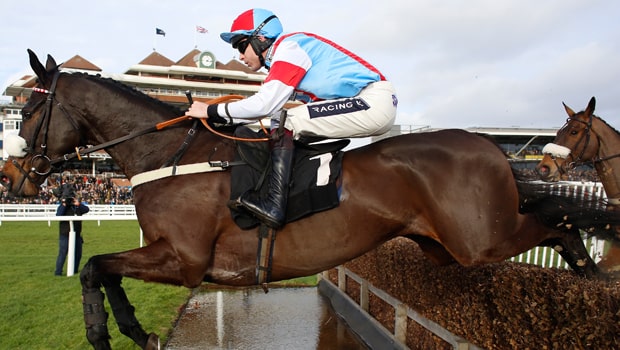 Trainer Harry Whittington hopes that some soft ground will be in favour of stable-star Saint Calvados when he tackles Altior in the Tingle Creek Chase at Sandown on Saturday.

Saint Calvados and Sceau Royal will be joined by 2016 winner Un De Sceaux in looking to dent the perfect jumping record of Nicky Henderson’s Altior in what is a mouth-watering contest.

Saint Calvados suffered his only defeat over fences in the Arkle at Cheltenham in March behind Footpad, though he reversed that form in last month’s seasonal bow at Naas, with Footpad falling at the final fence when seemingly held by his rival.

Whittington feels that performance was further evidence of an improving horse.

“I guess we would have been happy to have given him [Footpad] a really good race and finished a good second and anything more is a bonus really, but to put in that kind of mature and polished performance, that’s what was so pleasing about it,” said the trainer.

The chance to now try and become the first horse to defeat Altior over jumps is an enticing one and Whittington suggests any falling rain will be in favour of Saint Calvados come Saturday’s race.

“I hope he can turn up, run his race and continue to improve because he is young and progressive. Hopefully we are good enough to give the great horse a race,” the trainer added.

“I have always said, the softer it is the better chance that he will have. He handles soft ground so well, whereas other horses don’t.”