Ruby Walsh relieved to be back 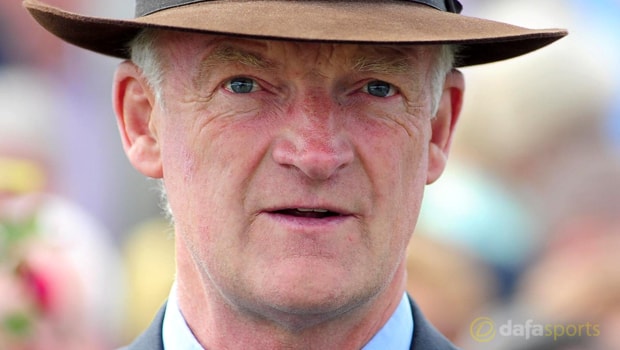 Ruby Walsh made a triumphant return to action at Thurles on Thursday and is now looking forward to the Cheltenham Festival.

The jockey hadn’t been in action since breaking his leg in a fall from Let’s Dance in November but he showed no signs of rustiness as he powered Lareena to a clear-cut victory for boss Willie Mullins.

He’ll be heading to Cheltenham next week looking to extend his record-breaking tally of Festival winners and be crowned leading rider at the meeting for an astonishing 12th time.

As for plans before Tuesday, he’s going to leave that up to his boss. Regarding his own fitness, Walsh said: “I thought I was all right anyway – she won didn’t she! We’ll see what Willie decides to do (over the coming days before Cheltenham) but I don’t mind, and I’ll do whatever Willie wants me to do.

When you’re back you’re back and he’s my boss now again.” As always, Walsh will be aiming for a flying start on day one of Cheltenham.

He is set to partner favourite Getabird in the curtain-raising Supreme Novices’ Hurdle, before riding Footpad in the Arkle.

The latter has impressed in three wins this season and Walsh is very sweet on his chances after he comfortably beat Petit Mouchoir last month at the Dublin Racing Festival.

“Footpad has been brilliant on his three runs thus far. I suppose people are entitled to think that Petit Mouchoir will improve off the back of his second behind Footpad at Leopardstown, but I think he’ll have to improve a good bit to get by Footpad,” said Walsh.

“Saint Calvados looked good in Warwick as well. It’ll be a small field but it looks a very good race.”

Footpad is favourite for Tuesday’s Arkle at 2.38 while Petit Mouchoir is 3.25 and Saint Calvados is 4.50.