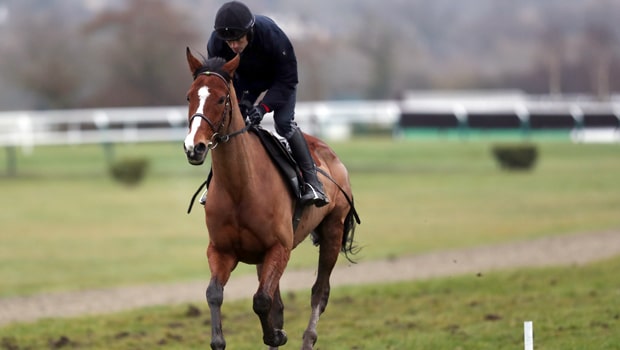 Ruby Walsh has raised the interesting possibility that Faugheen could tackle fences for the first time this season.

The Willie Mullins-trained 10-year-old was once the doyen of the hurdling ranks, winning the 2015 Champion Hurdle at Cheltenham as part of a sequence that saw him winning 12 of his first 13 starts over jumps.

The Rich Ricci-owned Faugheen returned from 665 days off to win the Morgiana Hurdle at Punchestown last November, seemingly as good as ever, but thereafter things went awry.

He was pulled up at Leopardstown over Christmas, then finished second to Supasundae in the Irish Champion Hurdle at the same track.

Hopes of a second Champion Hurdle crown at Cheltenham ended in disappointment, with Buveur D’air taking the honours for Nicky Henderson and Faugheen only sixth.

However, Faugheen bounced back to win the Champion Stayers’ Hurdle at Punchestown on his final start of the season, flooring Cheltenham Stayers’ kingpin Penhill by 13-lengths with an impressive display on his first run over three-miles.

Going down the Stayers’ Hurdle route seems logical this season for a horse that has probably lost some of his pace, according to Walsh, but the jockey says it is far from the only potential pathway for Faugheen.

“Faugheen is in terrific order and his two performances in Punchestown last season were outstanding,” Walsh said.

“Like most animals and humans, he’s probably got a fraction slower. He looks 100 per-cent and maybe something like the Hatton’s Grace will be a possible starting point.

He also has the option of going chasing so that will be an interesting conversation when it happens,” he added.

Faugheen is 6.00 to win the Stayers’ Hurdle at the Cheltenham Festival this season.