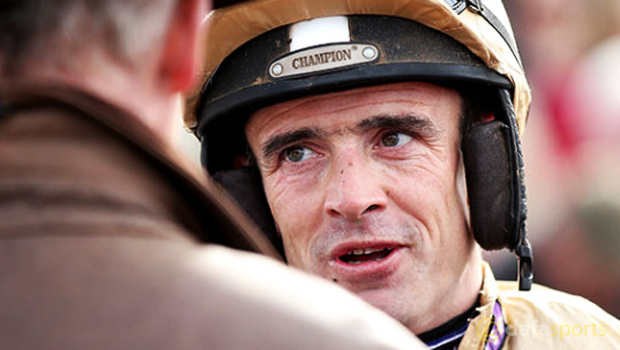 Ruby Walsh admits the jumps season ‘revs up a few gears’ with the arrival of the three-day Open meeting at Cheltenham this weekend.

The Irishman may no longer be stable jockey for Britain’s champion trainer Paul Nicholls but he retains a keen eye on how things are progressing at Ditcheat and Walsh suggests Ptit Zig could a big threat in Saturday’s Paddy Power Gold Cup, the highlight of the Open meeting.

Walsh is likely to be at Cheltenham on Friday and Saturday before returning to Ireland to partner Faugheen in Sunday’s Morgiana Hurdle at Punchestown.

With the reigning champion hurdler about to return, Walsh admits things are heating up nicely.
He has his own thoughts on what will be required for Saturday’s big race.

“The jumps season revs up a few gears this weekend with Saturday’s Paddy Power Gold Cup the feature race of Cheltenham’s three-day Open meeting,” he wrote in his latest blog.

“It’s always competitive and you’re basically looking for a second-season novice that has improved during the summer months and is still ahead of the handicapper.”

With Willie Mullins having no runner in the race, Walsh feels his old boss could have a lively outsider in the making.

“Of Paul Nicholls’ four entries Ptit Zig would be the one I’d love to ride if I was still working there. He looked very good at Down Royal and although he shoulders top-weight, he looks a genuine graded-level competitor.

“They can get a breather in handicaps that they don’t get when they’re racing the best around at level weights. He’d be my pick to run a big one in (the race),” Walsh said.

Ptit Zig is 21.00 to win the Paddy Power Gold Cup at Cheltenham on Saturday with David Pipe’s Kings Palace available at 8.00.