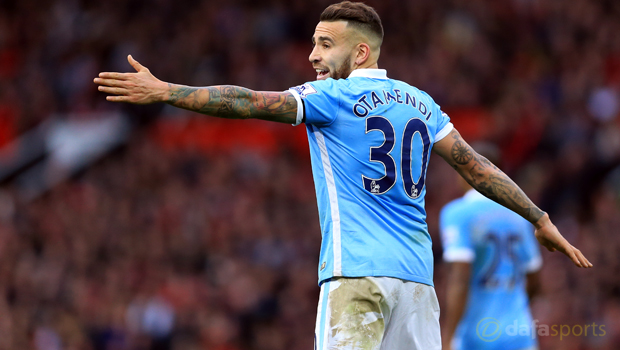 Manchester City defender Nicolas Otamendi has no concerns over his side’s mental strength as they target the Premier League title.

Otamendi, who moved to the Etihad Stadium from Valencia over the summer, insists City can cope with the pressure of being the league leaders after 12 games.

He told ESPN: “It’s not easy to be in the position that we are in at the moment because everyone looks at you as the principle candidate for winning the title, and there is a long way to go yet.

“Of course we like to be up there, but it gives us extra pressure game after game.

“Anyway, we are a strong minded team and we know how to handle that pressure. It’s better to have that feeling because we are ahead of everyone and that means that we are doing our work correctly.”

He added: “I think that we are working calmly and being patient. The championship is long and we have to go step by step.”

City are currently at the top of the pile but only goal difference separates them from Arsenal, who also have 26 points after 12 games.

Surprise package Leicester City are just a point behind the top two, with fourth-placed Manchester United on 24 points following their 2-0 win over West Brom at the weekend.

City were held to a 0-0 draw at rock bottom Aston Villa on Sunday and they will be desperate to get back to winning ways when they host Liverpool in the next round of fixtures.