Royal Ascot could be next for Dee Ex Bee 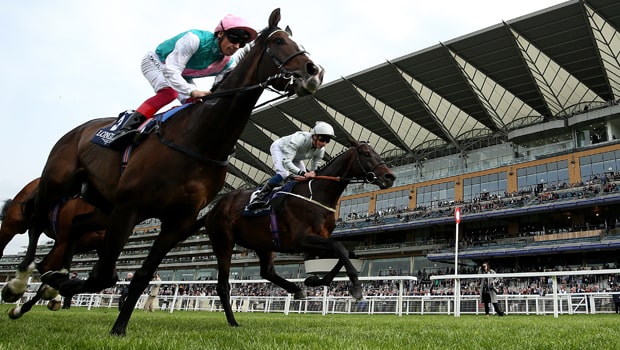 Mark Johnston is open to the notion of going straight to next month’s Royal Ascot Gold Cup with promising stayer Dee Ex Bee.

The Middleham handler had an option of running in the Yorkshire Cup at York on Friday afternoon – and a collision with the mighty Stradivarius – but elected against it.

The Farhh colt was excellent as a three-year-old despite failing to win. Most notably he filled the runner-up spot behind Masar in the Derby at Epsom while he also ran well in the St Leger at Doncaster.

Johnston had been talking up his hopes of having a Gold Cup contender on his hands and the promise was confirmed when Dee Ex Bee won the Sagaro Stakes at Ascot earlier this month.

Having gone up to two miles for the race, Johnston did not fancy the idea of dropping to a mile-and-six-furlongs for the York showpiece. It meant skipping any potential bid for the Wetherby’s Hamilton Stayers Million bonus but Johnston is content with his options.

He can get a run into Dee Ex Bee if required, but could head straight to his main target in Berkshire instead come June 20.

“Obviously his main target is the Ascot Gold Cup and whether he runs again before then is up for discussion,” said the handler.

“We probably didn’t really want to drop him back to a mile and six (furlongs) at this stage (in the Yorkshire Cup).

“If we do want to run him before Ascot, there is the Henry II Stakes (at Sandown, May 23) and so on, but he doesn’t need to run. “We’ll have a think about it.”

Dee Ex Bee is 11.00 to win the Ascot Gold Cup, while Stradivarius is 3.00 favourite to retain his crown.