Posted by chris schweizer on December 5, 2018 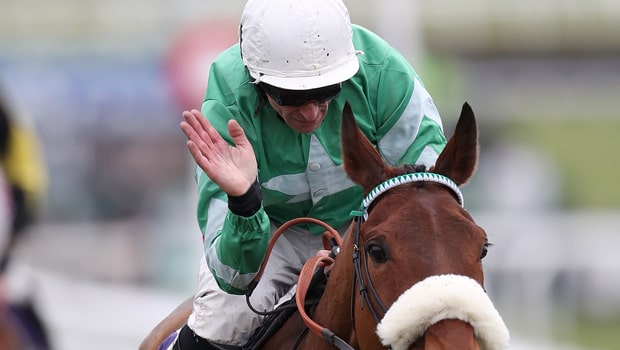 Owner Philip Reynolds has confirmed Presenting Percy is set to make his seasonal reappearance in the John Durkan Memorial Chase at Punchestown on Sunday.

The seven-year-old was last in action at the Cheltenham Festival in March where he blitzed the field to win the RSA Insurance Novices’ Chase.

Trainer Pat Kelly has been working with his stable star and connections are hoping their charge comes through the year unscathed as they plan an assault on the Cheltenham Gold Cup in 2019.

He is priced at 6.00 to win the race, while Native River is also available at the same odds.

Reynolds is excited to get Presenting Percy’s campaign underway as they look to check his fitness levels ahead of another busy season.

He said: “All being well with Presenting Percy this week, the John Durkan at Punchestown on Sunday is where he is heading.

“He has been really, really well and I think Pat (Kelly) would have had plans to start him before now, but the dry ground scuppered any other plans that he had.

“The John Durkan is a nice starting point for him and if it did rain this week, two-and-a-half miles around Punchestown can be like the best part of three miles on a flatter track.”

The bay gelding is one of 19 entries for the Grade One contest.

Trainer Willie Mullins has entered a number of his stable, with Bellshill, Kemboy, Un De Sceaux, Al Boum Photo, Black Hercules, Invitation Only and Min all in the mix. Rival trainer Gordon Elliott also has seven entries, with Shattered Love one of his likely runners.