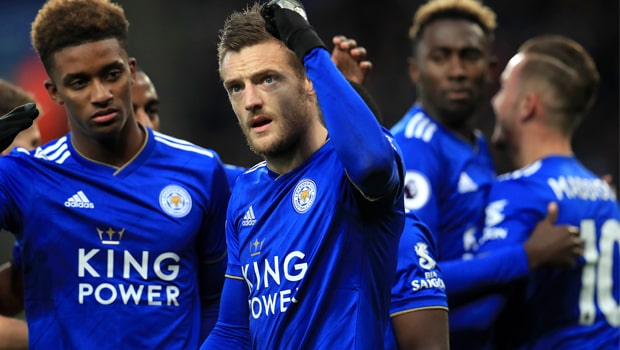 Jamie Vardy may need to undergo surgery as he continues to battle a persistent groin problem.

The Foxes forward was forced off during Saturday’s 2-0 home win over Watford and is a doubt for Wednesday’s game against Fulham.

Leicester will come face-to-face with their Premier League-winning manager Claudio Ranieri at Craven Cottage, but Puel fears that Vardy will miss out.

“To tell you the truth for the moment I don’t know my team because I have some problems with different players,” Puel said on Monday.

“I will see, I cannot say which players have a problem but I do not know at the moment my starting players (for a game) in two days.

“We will see (about Vardy). I don’t know for the moment. I know he felt something but we will see with him and my medical staff.”

With Vardy a doubt, Puel is already urging those around him in the Foxes squad to stand up and be counted, though the Frenchman remains uncertain on the need for surgery.

“I don’t know. It’s a balance to know his feelings step by step,” he said.

“Tomorrow will be another day, it will be for Jamie and for all the other players that feel something (to say how they feel). I don’t know the players that are available for this game.

“It’s an important game and I hope the other players will be ready in their minds to play and replace another teammate.”