Posted by Marlon William on December 5, 2018 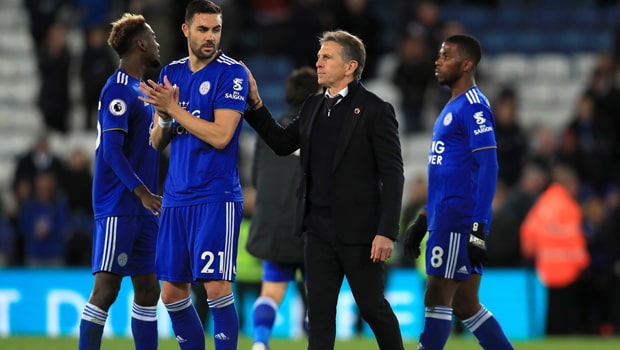 Leicester City manager Claude Puel insists the club are still learning to adapt after their Premier League title win as they prepare to come up against former boss Claudio Ranieri.

Ranieri will welcome his former club to Craven Cottage as he tries to guide Fulham to victory on home soil.

The Italian was sacked in February 2017, nine months after winning the league title with the Foxes.

Leicester were 5,000/1 to win the title in 2015/16 and Puel believes the team are still struggling to live up to the hype two years on.

He told BT Sport: “It was a fantastic job from the team, staff and all the club. It came right because all the things were in the right place. It was spirit, a journey.

“I had experience, too, when I was managing Lille, we went from 14th one season and the season after, with the same squad and little experience, we finished second behind Lyon.

“Then we played in the Champions League with Manchester United. We made a fantastic journey over two or three seasons.

The most difficult thing for me was to follow, continue in this way. It’s something we could not prepare for.

“I think Leicester could not prepare for what followed next. It was not normal to win the title like this.

Now it’s my job to put in place the structure, step by step, the squad is improving and finding again the possibility to compete with the good clubs.”