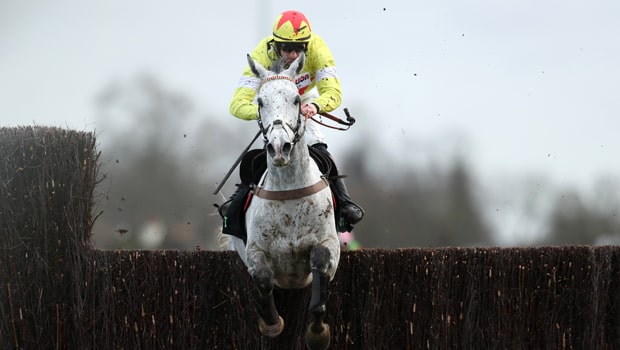 Trainer Paul Nicholls says Politologue is likely to be aimed at the Christy 1965 Chase at Ascot on November 24 instead of the Betfair Chase at Haydock on the same day.

Dual Grade One winner Politologue produced a fantastic performance at Aintree last time out to win the JLT Melling Chase by a neck from the Willie Mullins-trained Min.

Connections are now deliberating where the seven-year-old grey gelding will head next and there are two options currently on the table, Ascot and Haydock with both meetings on November 24.

With a strong field expected for the Haydock race, Nicholls, who has trained over 2000 winners during his career, has suggested his charge will be given a shot at the Christy 1965 Chase in Berkshire.

“Politologue will go straight to either Ascot or Haydock. He will probably go to Ascot for the 1965 Chase,” he was quoted as saying by Sky Sports.

“If all the good horses go to Haydock first there is no point going there first time out.

“I’m not saying he will stay three miles but John (Hales, owner) would like to see him over it one day.

He might just be a good middle distance horse. Kempton over three miles maybe for him but three-and-a-quarter miles at Cheltenham is a different thing.”

Nicholls also spoke about two of his other charges, Clan Des Obeaux and Black Corton, and where they would be heading next.

“Clan Des Obeaux will be in the Charlie Hall and we always wanted to go for that and if the ground is soft enough and on the easy side of good he would go there, but he could run at Down Royal instead,” he added.

“If the ground is quicker Black Corton could run in the Charlie Hall.”