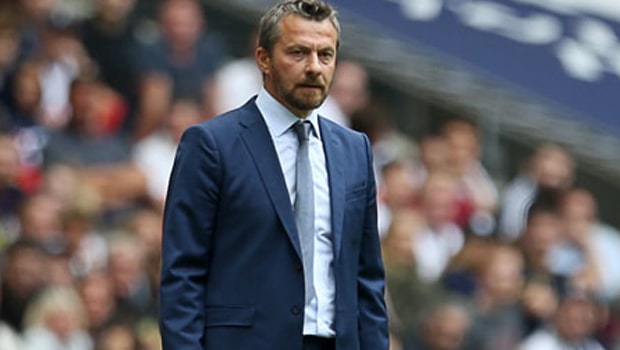 Slavisa Jokanovic is adamant Fulham will be able to turn their poor run of form around and climb out of the Premier League’s relegation zone.

Having earned promotion to England’s top flight after beating Aston Villa in the Championship Play-Off Final last season, the Cottagers added no less than 12 new players to their squad during the summer transfer window.

Andre Schurrle, Luciano Vietto, Calum Chambers, Sergio Rico and Timothy Fosu-Mensah were all brought in on season-long loans, while Aleksandar Mitrovic was one of seven permanent arrivals.

Fulham have looked impressive going forward this season, with 11 goals to their name, but they have struggled defensively and are yet to keep a clean sheet from nine attempts, conceding a league-high 25 goals.

Jokanovic has struggled to find the right partnership at the heart of defence while the full-back positions have also provided issues, with Ryan Sessegnon being forced to drop back to left-back on occasions.

Although under severe pressure to pick up a positive result this weekend against Bournemouth, the Serbian tactician is still confident in his ability to find the solution and get his side firing on all cylinders.

Jokanovic said at a press conference: “29 games are in front of my team, and we must be brave and strong.

It’s not the first time we’ve suffered a setback. We have enough experience and we will find a solution.”

Fulham welcome the Cherries to Craven Cottage on Saturday and the hosts, who have lost their last three matches, are 2.88 to pick up a much-needed win, a draw is priced at 3.50 while the sixth-place Cherries are the 2.40 favourites to taste success for the sixth time this season.