Posted by chris schweizer on January 3, 2017 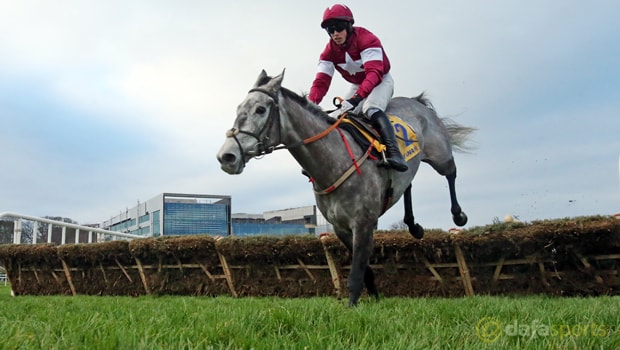 Henry De Bromhead feels Petit Mouchoir is entitled to a shot at the Champion Hurdle following his Christmas success at Leopardstown.

The Gigginstown House-owned Petit Mouchoir won the Grade One Ryanair Hurdle at the Foxrock track, claiming the scalp of the Nichols Canyon in the process.

Prior to that success, Petit Mouchoir had been ready to lay down a big challenge in Newcastle’s Fighting Fifth Hurdle before coming to grief under Bryan Cooper at the third last flight.

De Bromhead is looking towards the Irish Champion Hurdle back at Leopardstown on January 29 as a potential next stop. “He seems good.

We haven’t discussed it as yet, but it (Irish Champion Hurdle) would certainly be high on the list,” he told At The Races.

“It (performance) was what you’d hoped, he was going so well in the Fighting Fifth at the time he fell and his form from last year was good as well.

“But then you’re talking about Nichols Canyon – expected, no, but what I hoped might happen. What I hope for doesn’t usually materialise!”

A potential clash with former Champion Hurdler Faugheen would be on the cards should Petit Mouchoir line up in that race, with owner Rich Ricci anticipating his star will be ready in time to defend his crown.

Ricci could also be firing Faugheen at the Cheltenham version come March, while last year’s winner Annie Power is also an option for the owner and his trainer Willie Mullins.

De Bromhead feels his charge is worthy of being in amongst them come March. “I think we’re entitled to look down that road and see.

It looked a very impressive performance to my eye, but we’ll see,” he added. Petit Mouchoir is 10.00 to win the Champion Hurdle at Cheltenham on March 14.