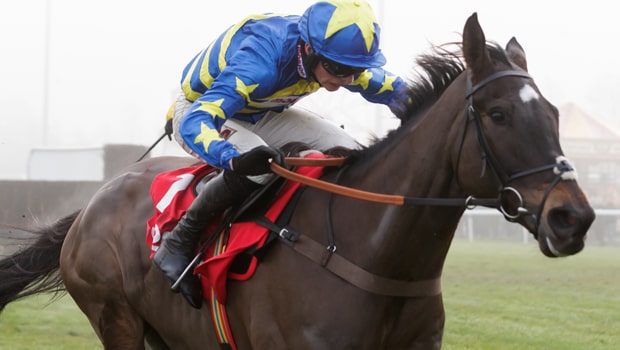 Former champion trainer Paul Nicholls is taking a long-term view after being forced to rule Dynamite Dollars out of next month’s Cheltenham Festival.

The impressive six-year-old had pocketed the Henry VIII Novices’ Chase at Sandown, the Wayward Lad at Kempton and the Lightning Novices’ Chase at Doncaster this season as he won four of five starts since going chasing.

He was amongst the ante-post favourites for the Arkle but his trainer has revealed that the season is over for Dynamite Dollars.

“Unfortunately Dynamite Dollars has had a minor setback in training, which will prevent him running again this season,” Nicholls said in his blog. “He has taken to fences so well that we had high hopes of him in the Arkle.

“It is something that happens when you have a big team of horses, and hopefully Dynamite Dollars will be back next season.”

Missing out on Cheltenham is a blow for Nicholls but the Ditcheat handler has seen enough down the years to know that such a blow is far from fatal.

Indeed, it is Nicholls’ own experience that such a setback is no barrier to great future success.

“You have to try to look on the bright side in these situations. I remember the nightmare when (future dual Gold Cup winner) Kauto Star was forced to miss the Arkle after sustaining a hairline fracture,” he added.

“I told his owner Clive Smith he might actually benefit from the time off to mature – and that certainly proved to be the case.

“Hopefully it will be the same with Dynamite Dollars, who is an exciting prospect with plenty more to offer.”

Lalor, the only horse to beat Dynamite Dollars this season over fences, is 5.00 to win the Arkle on March 12 while impressive Irish Arkle winner Le Richebourg is favourite at 4.00.