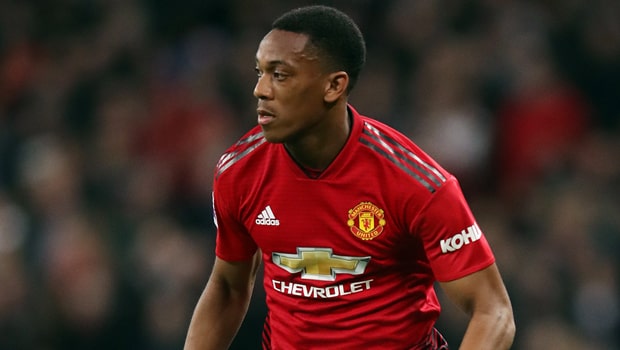 Manchester United caretaker boss Ole Gunnar Solskjaer believes Anthony Martial has the talent to reach the levels of Cristiano Ronaldo, if he can put his mind to it.

The 23-year-old moved from Monaco to Old Trafford in 2015, becoming the most expensive teenager in history at the time.

It has been stop-start for Martial so far at Old Trafford but he has recently signed a new deal that keeps him tied to the Red Devils until 2024.

He scored a fine individual goal in Saturday’s 3-0 win over Fulham at Craven Cottage and laid on the opener for Paul Pogba. Having looked set to leave the club last summer, Martial appears to be finding his feet since Jose Mourinho was axed in December.

His goal on Saturday led ex-United captain Gary Neville to compare it to a Ronaldo effort at Craven Cottage a dozen years ago, something Solskjaer was happy to elaborate on.

“Yes, it was towards the end of the game and we played a very poor game and Cristiano scored it,” Solskjaer said of his former team-mate’s goal.

“He does have similarities, of course. If he wants to be at Cristiano’s level, Anthony knows what he has to do. It’s up to him. He has the talent.”

Mourinho appeared destined to offload Martial last summer, with Paris St-Germain keen to take him back to France.

United will face the Ligue 1 outfit at Old Trafford on Tuesday in a Champions League last-16 first leg and Solskjaer is happy to have Martial in his ranks. “I am glad he is in my team,” Solskjaer said.