Paddy Brennan excited to be back on Cue Card 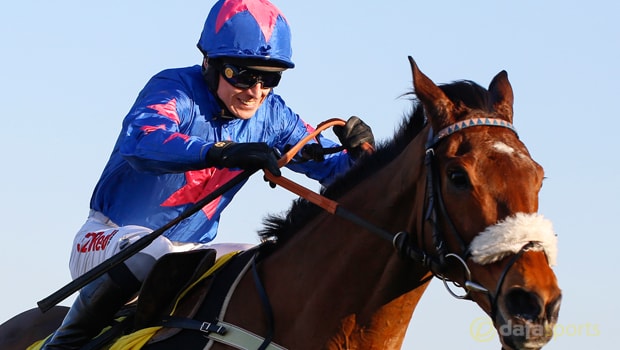 Paddy Brennan couldn’t hide his delight after getting the shout from Colin Tizzard to partner old favourite Cue Card in Saturday’s Ascot Chase.

The veteran chaser is likely to retire at the end of this season but Cue Card remains the darling of the racing public.

He heads to Ascot this weekend likely to be primed for a big run, with no Gold Cup at Cheltenham on his agenda next month.

Brennan was replaced on the 12-year-old earlier this season by Harry Cobden but he is required by his boss Paul Nicholls for duty at Wincanton on Saturday so Tizzard turned to Brennan.

Cue Card fell on his reappearance at Wetherby in October, with Brennan on board, before finishing a distant second behind Bristol De Mai in the Betfair Chase at Haydock when Cobden stepped in.

He won this race at Ascot 12 months ago and Brennan suggests he feels as good as ever.

“I know there were a few names in the hat to ride him this weekend, but I think it speaks volumes about Colin Tizzard that he has put me back on the horse after taking me off,” said Brennan.

“Not many owners and trainers have done that before with me, I can tell you, and it shows the people that Jean (Bishop, owner) and Colin are.

“So, of course, I am delighted that things have come back my way and I can tell you – and this is genuine – that Cue Card really did feel as good, if not better, than he did when going into this race last year when I sat on him [on Thursday morning]. He felt so, so well.”

Cue Card is 10.00 to win the Ascot Chase. The Nicky Henderson-trained Top Notch is favourite at 2.75.