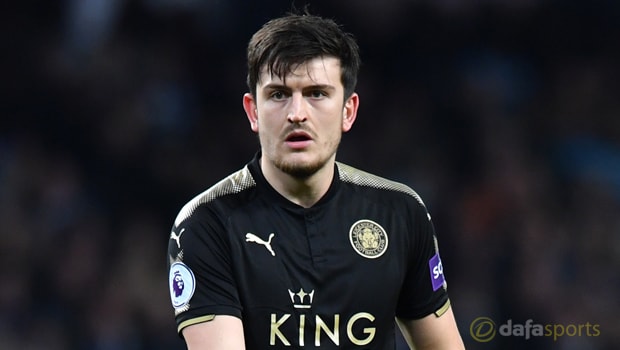 Harry Maguire says winning the FA Cup is something he desperately wants to achieve in his career and he hopes Leicester City can keep challenging for the trophy this season.

Maguire has enjoyed a good start to his Leicester career after making the switch from Hull City last summer and his impressive performances have resulted in three England caps.

The 24-year-old, who has been an ever-present in the Premier League this season, is being tipped to win a place in Gareth Southgate’s squad for the 2018 World Cup in Russia.

However, the defender’s immediate attention is focused on the FA Cup fifth-round clash between the Foxes and Sheffield United on Friday night at the King Power Stadium.

The Sheffield-born star started his career with the Blades before moving to Hull in 2014 and he is eager to face up against his former employers, saying “it’s a game that I wanted when the draw came along”.

Leicester, who have beaten Fleetwood Town and Peterborough to reach this stage of the competition, are on a three-game winless run heading into this contest although they are unbeaten in their last five home matches.

The FA Cup represents the Foxes’ only chance of winning silverware this term and Maguire says he will be doing everything he can to help his side go all the way.

“People play it down sometimes but, in my eyes, it’s a competition that I definitely want to win in my career,” Maguire was quoted as saying by the club’s official website.

“Hopefully, we can go on a cup run and we’ll see where it takes us this year.”

Leicester are firm 1.57 favourites to pick up the win, a draw is priced at 4.20 whilst United, who are pushing for a Championship play-off spot, are 6.00 outsiders.