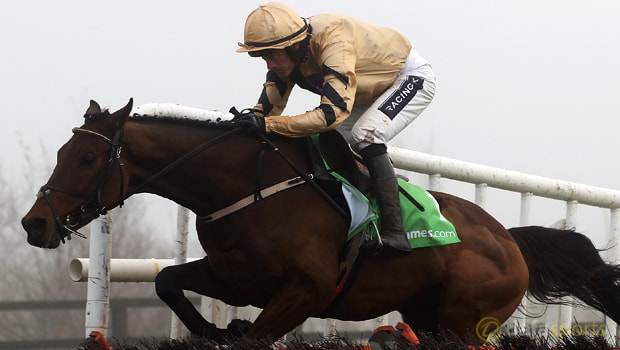 The Willie Mullins-trained Nichols Canyon will get the chance to defend his crown in the Grade One Morgiana Hurdle at Punchestown on Sunday.

Nichols Canyon caused quite a stir when winning the two-mile contest 12 months ago, handing as he did the only defeat of his career to stablemate and runner-up Faugheen.

Mullins opted not to declare Faugheen or Annie Power for the Morgiana Hurdle, reporting slight setbacks for the two most recent Champion Hurdlers as the reason for their omissions.

Nichols Canyon will be joined instead by his stablemates Sempre Medici and Simenon along with Triumph Hurdle winner Ivanovich Gorbatov for trainer Joseph O’Brien and Gavin Cromwell’s impressive mare Jer’s Girl, the mount of Barry Geraghty.

Mullins confirmed he was not happy with Annie Power or Faugheen this week and said they would now shift focus towards the Hatton’s Grace Hurdle at Fairyhouse on December 4, although the champion trainer said he would ‘doubt’ both will run there.

“Annie worked badly during the week. I just wasn’t happy with her and I want to see how she is over the weekend,” said Mullins.

“Faugheen has a foot bruise and we can’t do anything with him until that clears up. It’s bad timing, (but) hopefully it’s not anything more than that.”

Prior to the victory of Nichols Canyon last year, Mullins had landed four successive renewals of the Morgiana Hurdle with Thousand Stars (2011) and a hat-trick for the great Hurricane Fly.

Should the Closutton maestro strike again on Sunday, he would equal Noel Meade’s record haul of six wins in the race.

Faugheen is 3.50 to regain his Champion Hurdle crown at Cheltenham in March, with Annie Power 3.50 and Alan King’s Yanworth available at 7.00.