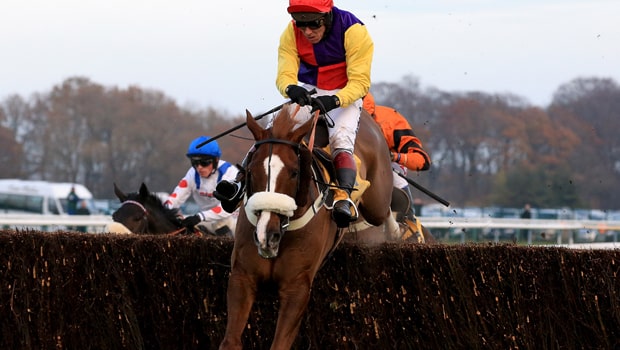 Colin Tizzard will skip the Denman Chase with Native River and send the defending Gold Cup kingpin to Cheltenham next month with ‘a full tank of petrol’ instead.

Native River was an intended runner in the Denman Chase at Newbury – where he is four-from-four over fences – last weekend but the race was lost amid the equine influenza stoppage.

The Grade Two event has been re-routed to Ascot this weekend but Native River is skipping a rematch with King George winner Clan Des Obeaux, having finished third behind Paul Nicholls’ improving sort over Christmas.

Tizzard suggests that Ascot, like Kempton, is a turning track that wouldn’t necessarily lend itself to testing Native River’s renowned depths of stamina. It was, says the Dorsey handler, a ‘big decision’ to miss out but not one that he agonised over.

“It was a big decision to miss Ascot, but it probably took all of two minutes to make. Ascot is very similar to Kempton in that it is right-handed and they’re on the turn much of the time,” Tizzard said.

“Native River looked awkward in the King George and we don’t need to run him again before Cheltenham.”

Native River was second to Bristol De Mai in the Betfair Chase at Haydock on his reappearance before his Boxing Day third at Kempton.

He’ll therefore return to Cheltenham without a win since his gutsy front-running Gold Cup success last March, but that doesn’t concern his trainer.

“Our aim all season has been the Gold Cup and we believe his best chance of winning it again is by not going to Ascot on Saturday,” he added.

“Native River is fit and well. We’ll take him for a couple of days away over the next week or so and turn up at Cheltenham with a full tank of petrol.”

Native River is 6.00 to retain the Cheltenham Gold Cup on March 15, behind only last year’s RSA Chase winner Presenting Percy at 4.00 in the betting.