Posted by OLADIPUPO MOJEED on September 26, 2019 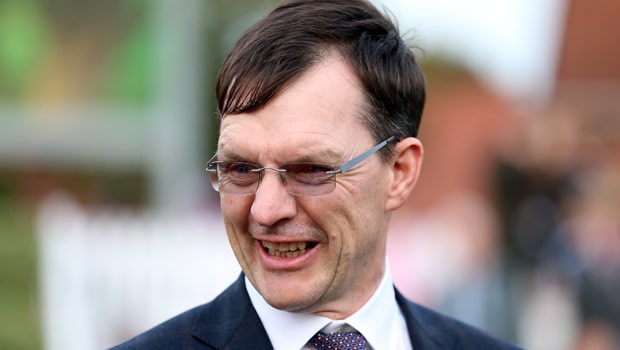 Aidan O’Brien has revealed that Monarch Of Egypt and Lope Y Fernandez would be taking on the big four of Earthlight, Mums Tipple, Siskin and Threat in what is shaping up to be a spectacular Saturday showdown at Newmarket.

This news has given a boost to the Juddmonte Middle Park Stakes.

The American Pharoah colt has been runner-up to Siskin on his last two starts.
Speaking, O’Brien believes the horse is progressing all the time after suffering a setback in the summer which ruled him out of Royal Ascot.

While expressing happiness that the Monarch Of Egypt and the Middle Park is the plan, he said the colt has been progressing after a setback earlier in the summer.

While noting that the horse seems to be in very good form, he added that he could handle all sorts of the ground, and he is a fast horse, so the better the ground, the better he will like it.

It could be recalled that Lope Y Fernandez bumped into Pinatubo in the Chesham at Royal Ascot and the Vintage Stakes at Goodwood.

Speaking on the absence of the Godolphin superstar in a Group 3 at the Curragh last time when scooting clear of Guildsman, he said Lope Y Fernandez looked very happy back at six when winning at the Curragh.

He added that the horse really enjoys himself over that trip and the team is going to let him take his chance in the Middle Park along with Monarch Of Egypt.

Monarch Of Egypt, who is a favorite to win is a top-priced 9-1 with Paddy Power, who make Earthlight their 7-4 favourite. Lope Y Fernandez is priced between 10-1 and 16-1.
O’Brien won the Juddmonte Royal Lodge Stakes six times, including 12 months ago with Mohawk.

He further stated that Year Of The Tiger, who is out of Group 1, winner Tiggy Wiggy would run tomorrow but Armory won’t.

According to the trainer, he wasn’t himself at all there but could be back in good form for Saturday.