Posted by Olumide Akinnifesi on September 26, 2019 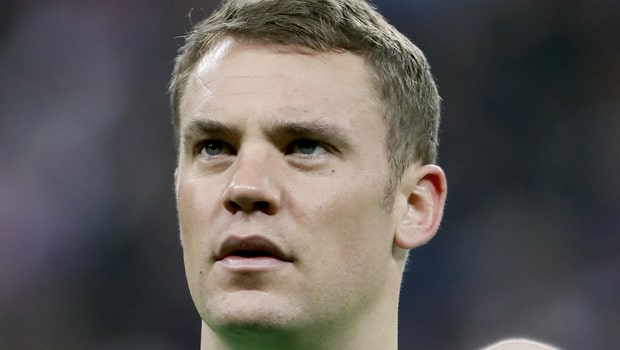 The club’s president has threatened to boycott his players from playing for the German National team if the club skipper Manuel Neúer is dropped in favor of Barcelona’s Shot-stopper Marc-Andre Ter Stegen.

There has been a lot of controversy surrounding these two, and this began when Ter- Stegen who was recently voted behind Liverpool and Brazil goalkeeper Alisson Becker in FIFA’s ” The Best” Awards, who publicly expressed his disappointment at not being picked in the last round of international fixtures.

Manuel Neúer fired back with a response of his saying; he felt such statements were “inappropriate.” However, the war of words was then elongated by Hoeness who went on National T.V claiming ‘ there was no argument as to who the better player was and that Neúer would ‘always be the best.’

It has emerged that Hoeness has threatened to stop his players from linking up with the German National team if Manuel Neúer is dropped.

Asked before the club’s champions league match against Red Star Belgrade about what will happen if Joachim Low usurps his star player, He said; ” Before that takes place, we won’t be sending anymore National players. We will never accept that there will be a change here.”

However, he also rejected the idea of any further conversation with the National team gaffer explaining: He’ll already hear what we’ve said, his ears will ring”.

But Germany’s general manager Oliver Bierhoff has since put away concerns about Höeness’ comments, replying: ” No because a club is obligated to release its players for international duty as per FIFA regulations.”

He later added that “we all know need each other’ and that it was the coach that is ‘solely responsible’ for the call at the end of the day.”

As for Low himself, he has repeatedly said he won’t let himself be ‘ influenced by something like that,’ and the Barcelona goalkeeper is expected to play a part in the forthcoming fixtures in October.