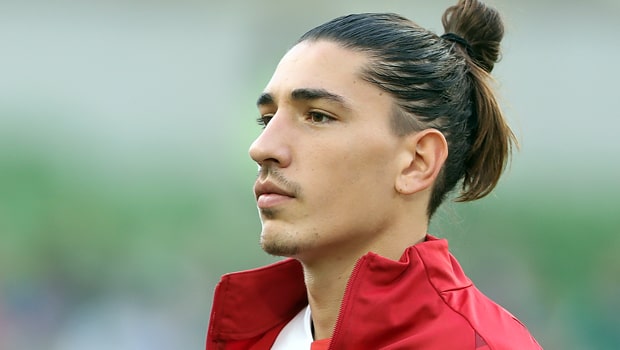 The defender has been ruled out of Monday’s Premier League game against Manchester United at Old Trafford.

Arsenal gaffer Unai Emery has ruled out the Spanish defender Hector Bellerin out of Monday’s night clash with Manchester United at Old Trafford despite playing against Nottingham Forest in the Carabao Cup.

The defender came on for Kieran Tierney in the 77th minute of Arsenal’s Carabao Cup clash with Nottingham Forest, and the defender went on to provide an assist within three minutes of his introduction from the bench.

The defender has been out of action since January after sustaining an Anterior Cruciate ligament injury in the 2-0 win over Chelsea. Despite posting an impressive display in Arsenal’s 5-0 thumping of Wolverhampton wanderers, the defender has been ruled out of Monday’s trip to Old Trafford by Unai Emery. When questioned about the defender’s availability for Monday’s game, the coach replied “I think not. Maybe in his mind, yes, but we need to listen to the doctor, and the doctor wants to do it progressively. Really tonight is the first day and the first minutes, and we are going to share some minutes with the Under-23s maybe.”

The Gunners are set to travel to Old Trafford where they play Manchester United on Monday. Arsenal gaffer Unai Emery will surely be facing selection headache at right-back with Ainsley Cory Maitland-Niles being available after serving a one-match ban due to a red card received during Arsenal 3-2 win over Aston Villa.

Callum Chambers has been impressive for the Gunners in his recent outings and Hector Bellerin has returned after being sidelined by an anterior cruciate ligament injury.

Unai Emery’s lads came from a goal behind to beat Premier League newcomers Aston Villa in last Saturday’s league game despite being a man down. The Gunners are placed fourth in the Premier League log and will be hoping to beat Ole Gunnar Solskjær’s lads when the two teams play on Monday.