Madhmoon on track for 2000 Guineas 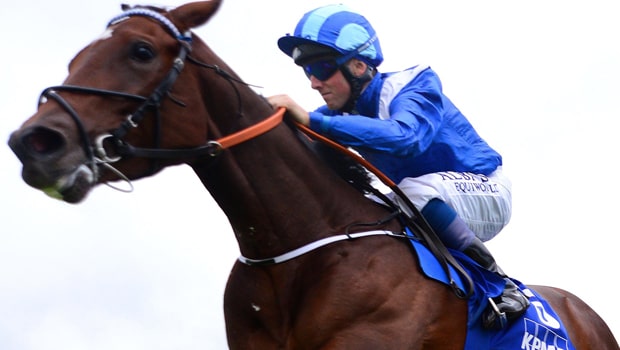 Trainer Kevin Prendergast has confirmed stable star Madhmoon is still on track for the Qipco 2000 Guineas despite losing on his return to action at Leopardstown.

The four-year-old made a superb start to his career in 2018 by finishing the year with a 100 per cent win rate from two races. The colt won at Leopardstown in August, before taking the Group Two KPMG Champions Juvenile Stakes.

He beat Aidan O’Brien’s trio Broome, Western Australia and Sydney Opera House back in September before then taking a break over the winter.

Prendergast entered him into the Ballylinch Stud ‘Red Rocks’ 2,000 Guineas Trial Stakes on Saturday but he was unable to get past Never No More.

Saturday’s race was classed as a trial for the 2000 Guineas on May 4 but Prendergast insists the plan remains the same.

The County Kildare trainer said: “He’s come out of the race well and he’ll go wherever the ground is more suitable, which will probably be Newmarket.

“The ground was very soft the other day, and he was beaten by a race-fit horse. Our horse will come on for the run, and his two runs last year were on fast ground – which suits him much better.

“He’s a possible for Newmarket. If the ground isn’t right, or we feel he wants more time, we could wait for the Irish Guineas – that’s the story.”