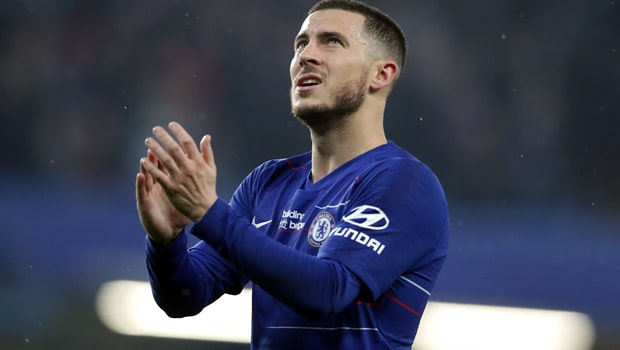 The Blues are looking to win their fourth straight game in all competitions but may need to do it without their talisman.

Hazard has scored three goals in his last two matches against Brighton and West Ham United but Sarri is ready to tinker with his team once again.

Chelsea have cruised through their Europa League campaign so far and they beat Dynamo Kyiv 5-0 in their last away trip.

They can still qualify for the Champions League after moving into the top four but with Liverpool on the horizon, Sarri admits Hazard may be dropped.

“I want to wait until tomorrow and then I will decide [on his availability],” said Sarri.

“Of course, we have to play in Liverpool three days after.” Chelsea also have to play Manchester United before the end of the season but Sarri is refusing to overlook the Czech giants, claiming they will cause problems on the counter.

“We need to be very compact and to defend very well,” he added.

“Especially on crosses because they attack the box with five or six players, and they are dangerous on counter-attacks.

“They scored six goals in two matches against Sevilla and it won’t be easy for us.”

Slavia Prague will host the Blues in a partially closed stadium after they were punished by Uefa for multiple offences during their home game against Genk in February.