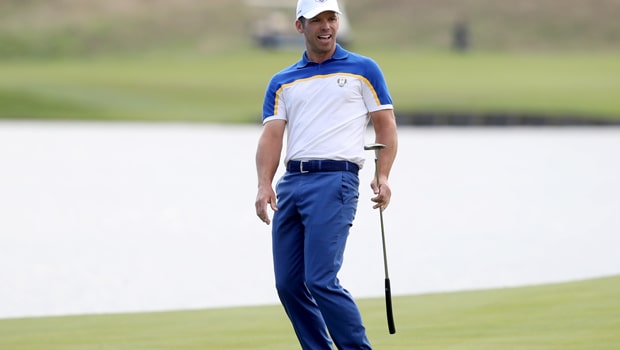 England’s Paul Casey says he will use an aggressive approach this week as he believes it is the only way to win the Masters.

The world number 11 has enjoyed a superb 2019 campaign so far, winning the Valspar Championship for a second year in a row.

The Englishman finished tied second at the Singapore Open, second in the AT&T Pebble Beach Pro-Am as well as tied third at the WGC-Mexico Championship.

Casey’s game is starting to click at the right time and he has a good record at Augusta National. He has recorded seven top-15 finishes in 12 appearances and the Cheltenham-born star claims an aggressive approach will be needed once again this weekend.

“Rory and Dustin and these guys, they have more than me,” he said.

“They’re the ultimate guys right now. If they play their best golf, I’m not sure I can beat them, so I’ve got to try and play them at their own game, and that means being aggressive because conservative play, if I’m not making enough birdies, leaves me no chance.

“Everything is there. The mental side of it, the physical side of it. I just need probably a little bit of luck, maybe a good tee time, maybe a couple of guys to make a couple of errors, which you don’t ever wish on anybody.

“But if I do, there’s no reason why I can’t give myself a good opportunity come Sunday afternoon. I can’t think of a time when I’ve been as excited for a championship.”