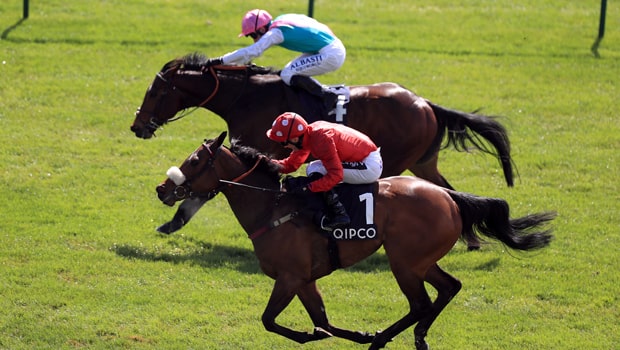 Michael Dods is happy to allow Mabs Cross have another crack at Battaash in next month’s King’s Stand Stakes at Royal Ascot.

The mare lost their latest battle as Charlie Hills’ speedster retained his crown in the Temple Stakes at Haydock on Saturday with plenty to spare.

Mabs Cross was unable to get any telling blow in but Dods feels the stiff finish at Ascot might help her turn things around.

She finished ahead of Battaash in both the Nunthorpe at York and the Prix de l’Abbaye last season, and she conceded a penalty for her Group One success in the latte race at Haydock.

On that basis, Dods isn’t giving up on turning the form around, though he does admit that Battaash at his best is quite a force to reckon with.

“On his day Battaash is nigh on unbeatable. I’ve seen nothing to beat him on his day, but he doesn’t always have his day. I did think he looked tremendous on Saturday, though – he looked really well and he’s a very good horse,” said Dods.

“At Ascot and Newmarket there’s a hill, and she finishes strong, so it suits her – she just struggles to tag on at Haydock.

Paul [Mulrennan, jockey] said at one point he looked over, and Jim Crowley [on Battaash] took a pull – and he was going flat out.

“I was very impressed with the winner, but we still ran well and we’ll have the rematch at Ascot when we’ll be 5lb better off on a stiffer track. There are other top-class horse as well, though, in Alpha Delphini and Blue Point.”