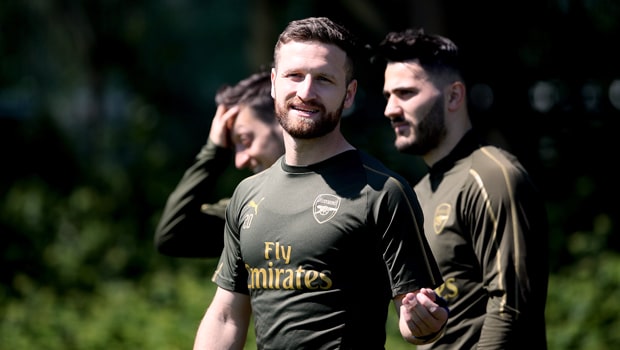 The Premier League duo will meet for the third time this season when they take to the field at the Olympic Stadium in Baku, with both teams having won one game apiece.

Arsenal have an extra incentive to claim overall glory, as that would see them qualify for next season’s Champions League.

German international Mustafi is certainly expecting a tight game on Wednesday night, given the familiarity of the two sides, and he feels whichever teams makes the fewest mistakes will ultimately prevail.

“It is about how we start the game and which team is going to be more organised,” Mustafi said.

“We know each other very well and we play a lot of games against each other. They know our weaknesses; we know their weaknesses and it is about who is going to make the fewest mistakes. It is going to be very tight.”

The north Londoners have only lost one of their last eight meetings with Chelsea and Mustafi believes they are capable of emerging victorious on Wednesday night, as they look to claim their first European trophy since winning the Cup Winners’ Cup 25 years ago.

“I believe in my team and every single player and I believe we are good enough to beat them,” the 27-year-old added. Arsenal boss Unai Emery certainly has plenty of experience of winning the Europa League, as he guided Sevilla to three consecutive victories between 2014 and 2016.

The Gunners will be hoping the 47-year-old can deliver more of the same on Wednesday, as they are priced at 2.20 to lift the trophy, while Chelsea are available at 1.67.