Posted by chris schweizer on January 6, 2014 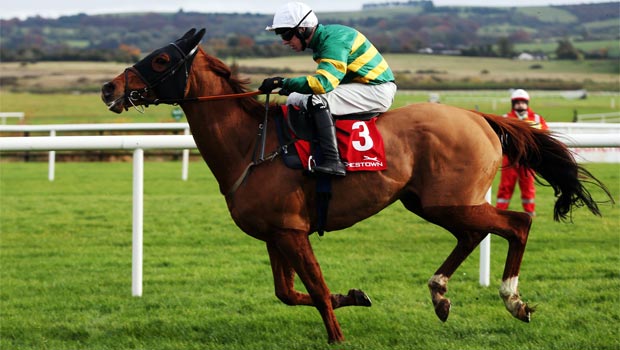 Cheltenham fancy Defy Logic is being aimed at the Frank Ward Solicitors Arkle Novice Chase at Leopardstown on January 26.

The seven-year-old stormed to prominence in the Cheltenham ante-post market by landing the Racing Post Novice Chase at Leopardstown at the expense of five rivals, including Champagne Fever, recently.

The Paul Nolan-trained gelding has yet to be out of the first two in eight outings under rules, and is now considered one of the leading fancies for the Arkle Trophy at the Cheltenham Festival in March.

A return to Leopardstown for the Irish equivalent is the first target though.

Nolan said: “Everything is fine with the horse. We’re very pleased how he came out of the race.

“The ground in Leopardstown was a bit nicer than we’d have liked, ideally, but he seemed to handle it well. I think he’d just prefer the ground a bit easier as it is easier on his limbs.

“The day before in Punchestown, they didn’t go much of a pace – he got banged into early on and then missed the second-last – so we were hopeful he could improve on that and thankfully he did. He jumped super in Leopardstown.

“We’ll look towards the Irish Arkle with him now. That is our main target and we’ll see where we go after that.

“Cheltenham would be on the radar, but we want to get his next run out of the way.”

Despite blotting his copybook in the Racing Post Novices Chase, Champagne Fever is still strongly fancied to prevail come Cheltenham.