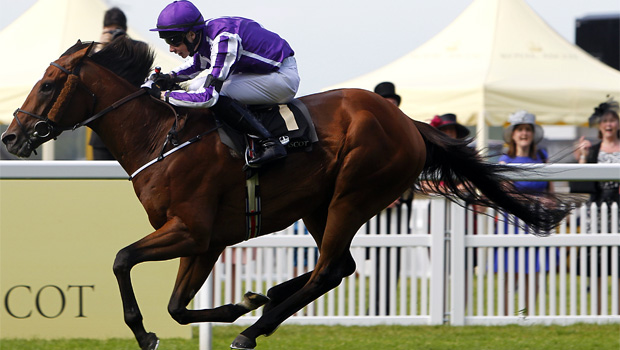 Trainer Aidan O’Brien has confirmed that Leading Light will be one of his four-strong raiding party in Sunday’s Prix de l’Arc de Triomphe at Longchamp.

Although Ballydoyle is already well represented in the big race, O’Brien has a truly versatile performer in Leading Light, a winner over two miles in the Queen’s Vase, who was able to handle a drop back in trip to land the season’s final Classic, the St Leger at Doncaster.

The son of Montjeur also scored twice over 10 furlongs earlier in the season so has both speed and stamina.

O’Brien revealed: “The four Arc horses are Ruler Of The World, Leading Light, Camelot and Kingsbarns.

“I think we’re going to supplement the Leger horse and then obviously we’ll get closer to the weekend before knowing about ground conditions because Camelot would only run if it was good or better.

“Leading Light obviously hasn’t done a lot since Doncaster, it’s not that long ago, but everything he’s done we’ve been happy with.”

Meanwhile, Roger Charlton has confirmed his best colt, Al Kazeem, is still very much on course for Longchamp after working well in company with Thistle Bird at the weekend.

Speaking on his website, Charlton said: “They both worked well on Saturday morning over eight furlongs on our summer gallops, which are in fantastic condition.

“Although Al Kazeem has had some tough races and on ground faster than he would have preferred, from what I can see he still retains his enthusiasm and his speed figures compared well on Saturday morning with his work before both the Prince of Wales’s Stakes and the Eclipse.

“The Arc will be his seventh race of the season but only his 15th race spread over four seasons. It is never an exact science to know whether a horse has gone over the top or about to produce another high-class performance but the vibes are good.

“There is no disputing that this year’s race is going to be contested by the best horses in Europe and two very smart colts from Japan.

“His class has enabled him to win his Group One races over 10 furlongs but I also think he is capable of excelling over 12 furlongs as he did in the Jockey Club Stakes. We will need all the assistance we can get in Europe’s most exciting race but some ease in the ground and going right handed will help him.”

Orfevre, runner-up 12 months ago, is the favourite to go one better this year.