Life Of Riley aims to Rip up Gosden’s track record 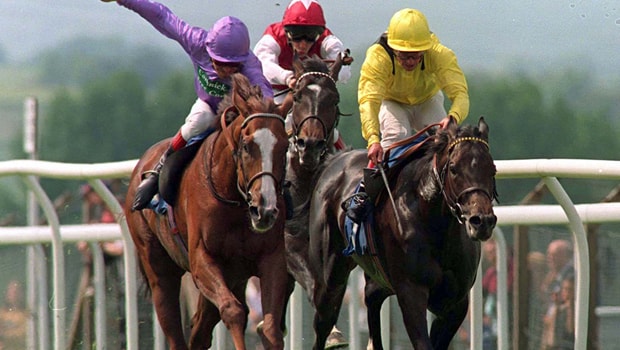 Life Of Riley will attempt to put a blemish on the excellent Ripon record of trainer John Gosden in the Champion Two Yrs Old Trophy, 2018 Stakes on Monday.

The Clarehaven handler has an admirable 27 per cent strike rate at Ripon down the years and will be saddling his first 2018 runner at the North Yorkshire track when Kessaar goes for the Listed six-furlong prize.

Molecomb Stakes runner-up Life Of Riley is one of his key rivals, with Karl Burke’s charge set to race beyond five-furlongs for the first time in his fledgling career.

The Showcasing colt won a novice stakes over the minimum trip at the track on good to firm ground in May and has continued to improve in defeat since, including his last-time-out second in the Group Three Molecomb Stakes at Goodwood.

Simon Bridge of owners Ontoawinner syndicate feels Life Of Riley is ready to show his best form, despite the strong opposition.

“We’d been thinking of stepping him up in trip for a while but when the Molecomb came along it was too good an opportunity to pass up,” he said.

“We’re not concerned by a bit of rain, but he wouldn’t want too much, and he looks to be taking the best form into the race.

“He doesn’t have a great draw (stall three), though, and you’d have to be a little bit worried that Mr (John) Gosden is sending one (Kessaar) as he doesn’t send many to Ripon.”

Kessaar was well held at Royal Ascot in June on his second outing, but made decent strides to win easily at Windsor in one run since.

Rab Havlin rides at Windsor while Ben Curtis will be on board Life Of Riley in the seven-runner Listed contest.

With his previous Ripon experience deemed an advantage, Bridge hopes for a big run from a colt that is highly-rated by his trainer.

“I was up at Karl’s when he did a pleasing bit of work on Friday, he’s bounced out of that and we’d have to be very hopeful,” Bridge added.

“Ripon is a very undulating track and having already won there it has to be a big plus.

“He’s got entries in the Middle Park and the Mill Reef and that gives you an indication of what Karl thinks of him.”