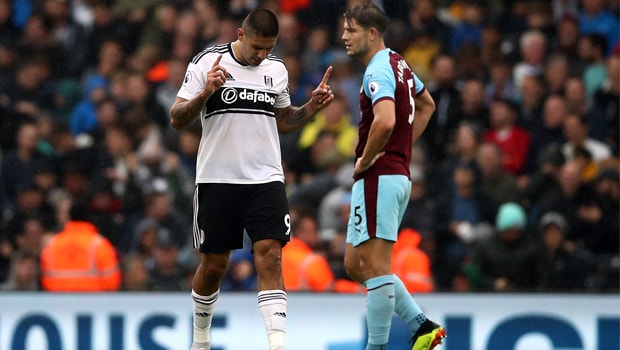 Mitrovic fired a brace and came within inches of a hat-trick as the Cottagers earned their first points of the season.

The Serbian striker scored 12 goals while on loan at Fulham last term to help them to promotion. That was enough to convince Jokanovic to make his move from Newcastle a permanent one this summer.

The 23-year-old made 40 Premier League appearance during his time at St James’ Park and managed a decent one-in-four strike rate.

Now a maturing player, Jokanovic is very impressed with his striker, who has scored three in three for Fulham upon their return to the top flight.

“His attitude is fantastic, he is always available, we believe he is a quality player,” said the Fulham boss.

“He demonstrated his ability in the Championship last season. Some people think he is only a Championship player but he showed he can be fighting at the highest level.

The Clarets reduced the lead to 3-2 but Mitrovic was again key in the fourth goal, his shot coming back off the woodwork for Andre Schurrle to score.