Jurgen Klopp: Reds have plenty to work on 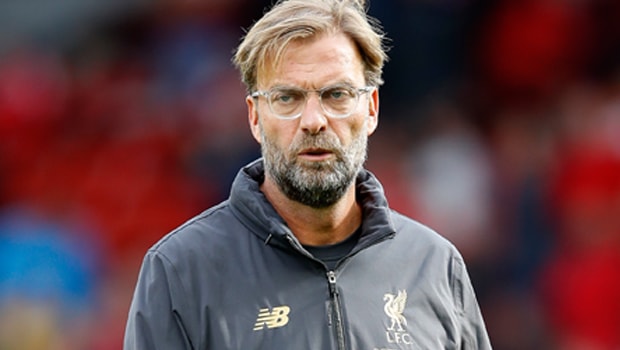 Jurgen Klopp feels Liverpool’s 1-0 win over Brighton at Anfield was an early-season indication of the hard work ahead for his team.

The Reds were not at their free-flowing best as Chris Hughton’s team came to Merseyside with a clear plan to frustrate their hosts.

Mohamed Salah slotted a cool strike beyond Mat Ryan midway through the first half but that was to be Liverpool’s only gain in a slender success.

Fine wins over West Ham and Crystal Palace to start the new season have many pundits tipping Liverpool as the biggest threat to champions Manchester City this season but Klopp says the victory over Brighton merely served to showcase what he was already well aware of himself to a wider audience.

“If you watched the games – we knew before the game but now a few more people know – we have a lot more to do,” said the German.

“First half was a good mindset, really patient in the right moment, and we scored the goal and could have scored more and I don’t think they had a chance in the first half.

“Then there was half-time and we didn’t do exactly the same, the boys changed a little bit and it was not the best idea.

“We didn’t show the same patience and it was a more open game and there was absolutely no need for that.”

Manchester City’s draw at Wolves earlier in the day, combined with Liverpool’s success, ensured the Reds moved to the top of the table for the first time since November 2016.

Despite the call for improvement, Klopp is willing to take a strong start. “Nine points after three games, I never heard anything negative about that,” Klopp said.

“We didn’t concede a goal [yet], nothing negative about that.”

Liverpool are 3.40 to win the title this season, with Man City 1.60 to retain their crown.