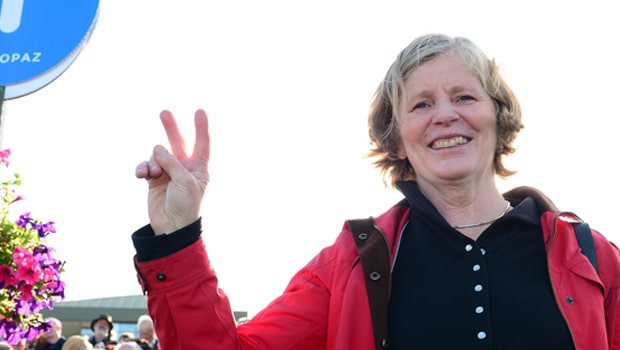 Trainer Sheila Lavery says the Commonwealth Cup at Royal Ascot is the next likely outing for Lady Kaya.

The three-year-old has been in great form over the past 12 months having tasted victory at the Curragh in the Loder Irish EBF Fillies race in August, and then again in April at Leopardstown in the Ballylinch Stud “Priory Belle” 1,000 Guineas Trial Stakes.

The Dandy Man filly ran a valiant race at Newmarket last week, moving up to Group One in the Qipco 1000 Guineas Stakes and finishing just one length behind winner Hermosa, following her trial event win over seven furlongs the previous month.

Despite these successes, Lavery is strongly considering the switch back to six furlongs instead of a mile heading into Royal Ascot, but says she is just as comfortable racing the longer distances.

“She is great. She’s amazing and if only they were all like her to train, she’s unbelievable,” she said.

“She’s just so easy and she drank and ate the whole way home. She hasn’t left a nut.

“Obviously we haven’t ridden her, but she’s in great form. “I think we’ll go for the Commonwealth now.

The clear favourite however is Calyx at 2.25, with the John Gosden-trained three-year-old winning three from three.