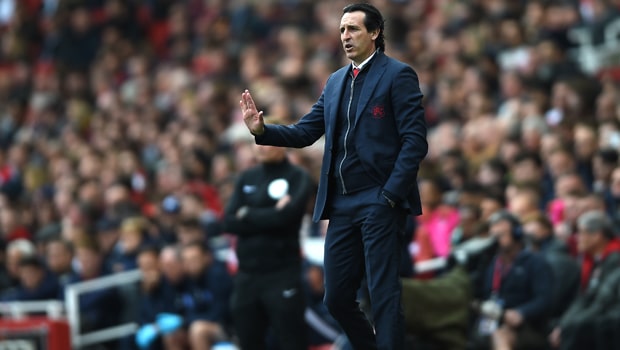 Boss Unai Emery says he has ambitions of winning trophies in Europe with Arsenal after tasting success in previous years.

The Gunners head to Valencia on Thursday trying to protect a 3-1 advantage from the first leg against the La Liga outfit.

However, it was Pierre-Emerick Aubameyang’s strike in the 90th minute that could prove to be the most crucial one as it means Arsenal have a two-goal buffer to start the game with, which might be a necessity given the defensive frailties they have been suffering with of late.

Emery is known to be something of a “Europa League specialist” having won the trophy on consecutive occasions with his former club Sevilla between 2014 and 2016.

The 47-year-old says he is now looking to add to his own personal haul of trophies as well as giving Arsenal a taste of European success.

“It’s an attractive title and it’s getting more attractive,” said Emery. “I first competed for this title when it was still the UEFA Cup and was a lesser title than it is now.

“It has grown and I have seen that shift. Giving teams a Champions League place through the Europa League is a fair reward and it’s a title they all want to win.

“Arsenal only have two European titles in their history: the old Fairs Cup and the Cup Winners’ Cup, neither of which exist, so I have a lot of ambition to win a title.

Arsenal are priced at 1.25 to get the job done in Spain while Valencia are 3.75 to mount a comeback. The Gunners can then be backed at 2.88 to win the Europa League outright.