Posted by chris schweizer on September 13, 2013 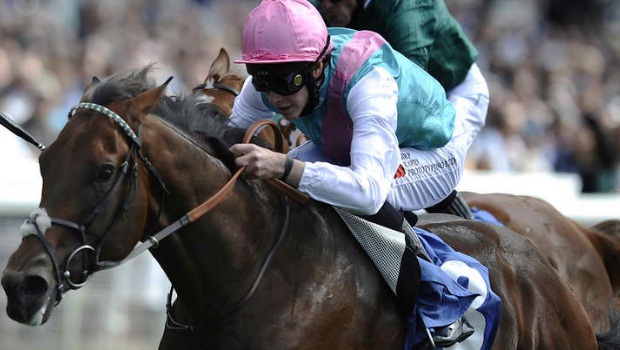 The John Gosden-trained Excess Knowledge will bid to give the handler a fourth St Leger at Doncaster on Saturday.

Having already sent out three winners of the oldest Classic, Gosden knows exactly what type of horse is needed to beat the current crop of young stayers.

Connections have always thought that Excess Knowledge was useful, but have had to be patient with him. Sent off as favourite for just his second start of the season, in the Gordon Stakes at Glorious Goodwood, the three-year-old did not get the best of passages and went down by a fast diminishing neck to another of Saturday’s rivals, Cap O’Rushes.

William Buick rode him that day, but James Doyle, recently given the job of first jockey to owner Khalid Abdullah, takes over in the saddle, and will hope to make his first ride in a Classic a winning one.

It takes a leap of faith to suggest that a horse with just a maiden win to his credit can land such a prestigious race, but Gosden is confident that he can go close.

“When he ran a nice race in the Gordon Stakes it was the next logical step,” he said.

“He was making a nice run down the outside in the Gordon Stakes and there was horse wandering around in front of him every time we made a move. I like the way he finished the race, there was no pace and it wasn’t a proper test. Bred the way he is, the trip should be within his compass.”

Like Gosden, Aidan O’Brien has won the St Leger three times, and 12 months ago saddled Camelot on what was the last leg of the Triple Crown. He found one too good in the Godolphin inmate Enke, but the Ballydoyle trainer is confident that one of his two representatives this time, Queen’s vase winner Leading Light, can run a big race.

O’Brien said: “He had only gone as far as a mile and a quarter before he went to the Queen’s Vase but he got the trip well that day. We thought of giving him another run in the Voltigeur but he wasn’t 100% at the time. We’ve been very happy with him over the last few weeks and we always thought Doncaster would suit him.”

The Great Voltigeur at York is always considered a useful trial, and although this year’s winner Telescope is not present, the runner-up Foundry is and, of his chances, O’Brien said:

“He has been in good form since. You would hope that the extra trip at Doncaster will be within his compass.”