Kemboy ruled out of Newbury run 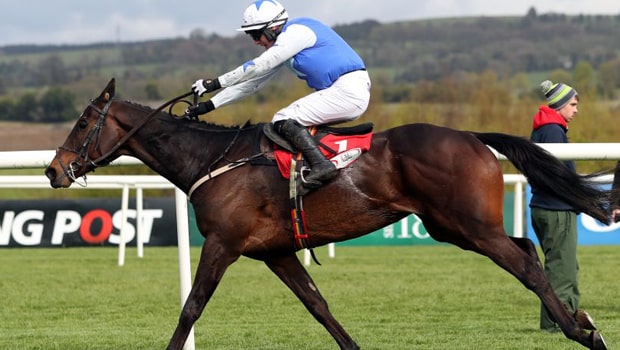 The highly-fancied Kemboy has been ruled out of Saturday’s Ladbrokes Trophy at Newbury due to travel problems.

The Willie Mullins-trained six-year-old had been a likely favourite to win the prestigious handicap, particularly after he impressed on his seasonal reappearance at Clonmel earlier this month.

Mullins is also no stranger to winning the Grade 3 race, which was formerly known as the Hennessy Gold Cup, as he claimed overall glory in last year’s renewal with Total Recall.

However, the Supreme Horse Racing Club-owned gelding will now be forced to miss the race as his ferry across the Irish Sea on Thursday was cancelled, while subsequent ferries were also substantially delayed.

That led to the decision to pull Kemboy from Saturday’s race, as, even if he did eventually make it across the Irish Sea, he would have only had limited time to prepare.

“We were looking forward to having a horse with a leading chance in such a prestigious race, but we can’t do anything about the weather.

“The ferry was cancelled this morning and the ferries later tonight could be delayed. Even if he did get a ferry late, he could have a rough trip and might not get to Newbury until the early hours of the morning.

“It’s a big blow and disappointing for all his owners, but we know he’s an exciting horse and we have to do what is in his best interests.”

Kemboy’s withdrawal means the likes of Thomas Patrick, who is priced at 5.00 and Elegant Escape and Ms Parfois, who are both available at 5.50, are likely to be the front-runners during Saturday’s race.