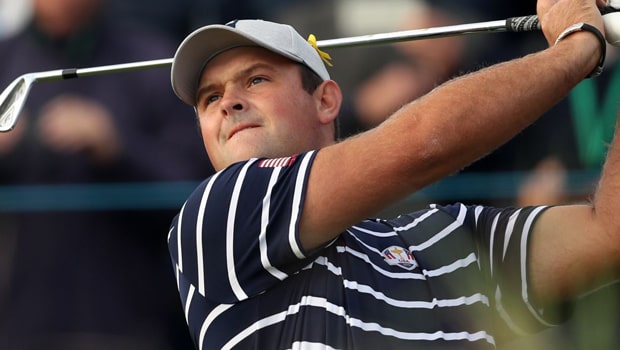 Patrick Reed and Patrick Cantlay made the most of the good scoring conditions at New Providence after the duo moved into a share of the Hero World Challenge lead after day one.

Cantlay, who was a late replacement in the 18-man field for the injured Webb Simpson, was the only player not to have a blemish on his card as he made seven birdies in a flawless opening round.

Fellow American Reed mixed eight birdies with just the sole bogey as he also signed for seven-under-par 65 to take joint possession of the lead on day one in the Bahamas.

Sweden’s Henrik Stenson and former world number one Dustin Johnson are in a share of third on -4 – three shots off the pace – after both players went round in 68 shots.

Alex Noren, who was part of Europe’s successful 2018 Ryder Cup team, and two-time Masters champion Bubba Watson are a further stroke behind and the duo are priced at 21.00 and 17.00 respectively to lift the trophy.

The 2018 FedEx Cup winner, Justin Rose, is in a three-way share of seventh on -2 alongside Justin Thomas and Bryson DeChambeau.

Tournament host Tiger Woods struggled to take advantage of the favourable conditions as he struggled to a one-over-par 73, leaving him in a share of second-last alongside Xander Schauffele.

Speaking about his round, the 14-time Major winner, who is a massive 51.00 to win the event, said: “Today was the easiest it’s going to be the entire week. I didn’t take advantage of these pretty benign conditions.

“I didn’t quite feel comfortable with my game today even though I drove it great.” Co-leaders Reed and Cantlay are both priced at 4.50 to take all the spoils.