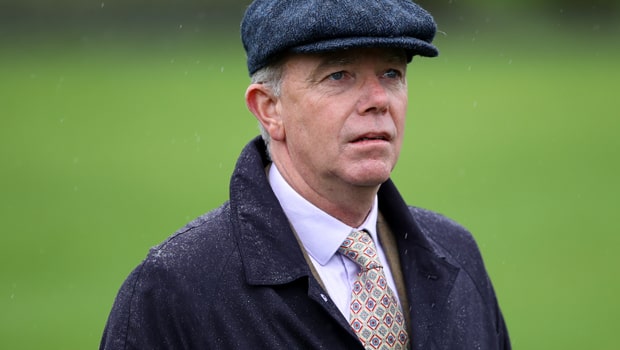 Trainer Karl Burke has revealed Laurens pleased connections on Sunday during a workout as they prepare to supplement her for the Queen Elizabeth II Stakes at Ascot on Saturday.

The bay filly has enjoyed another successful season under Burke, with the three-year-old competing in six races so far.

Laurens has won four of them with her successes coming at Longchamp, Chantilly, Leopardstown and Newmarket.

Burke’s stable star was in action at HQ on October 6 and he insists Sunday’s workout went as planned ahead of Saturday’s big test.

He told reporters: “She worked today I’m very happy with her. PJ rode her. It wasn’t a hard piece of work, it was just with her usual lead horse, but she looks in great form.

“One of the two reasons to do the work this morning was it gives her an extra couple of days recovery for Saturday rather than work on the usual Tuesday.

“And also we can make sure she is 100 per cent in the morning after her work before we press the button and spend £70,000 of John’s (Dance, owner) money.

“She looks fantastic and we are all very happy. Fingers crossed there are no reasons why we shouldn’t be going for the QEII.”

Jockey PJ McDonald had been a doubt after missing Laurens’ last two runs but Burke insists his number one jockey is ready to go.

“PJ looks fit and well. He’s been working hard at Jack Berry House and I think he rides again on Wednesday,” Burke added.

“He’s having a couple of rides on Wednesday and a couple on Friday, I think, in preparation for Saturday. He looks pretty fit to me.”