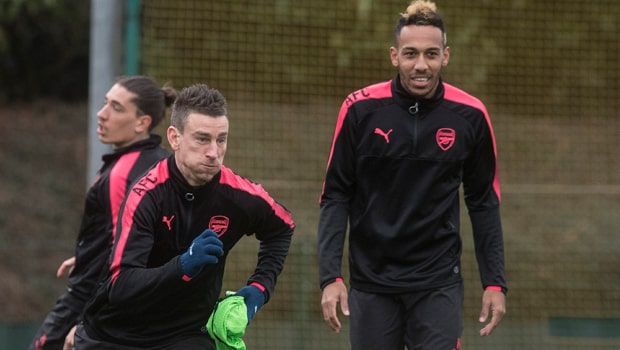 France defender Laurent Koscielny has confirmed he has retired from international football and he has taken a swipe at current boss Didier Deschamps in the process.

The 33-year-old was forced to miss the World Cup this summer in Russia after he suffered a serious Achilles injury.

Koscielny picked up the problem while playing for Arsenal against Atletico Madrid in the Europa League.

After failing to break back into the France squad, he has now decided to call it a day and focus on the Gunners.

He confirmed his plans on Sunday and took the opportunity to criticise Deschamps and claimed the World Cup success did hurt him.

“I think that I have given everything I can for France, I am 33, I have done two Euros, one World Cup,” Koscielny told French TV station Canal+.

“France has a great generation of great players now. My injury does not change my decision. For Les Bleus, it is finished.

“When you are in good form, you have lots of friends. When you are injured… after a certain period of time, you are forgotten about.

“He [Deschamps] called me once for my birthday in September. Otherwise, no. Lots of people disappointed me. Not only the coach. It feels like a hit on the back of the head.

“France’s World Cup victory did me a lot more psychological damage than my injury did me.”

France will take on Germany on Tuesday night and they remain 1.75 favourites to win. The draw is 3.75, while Germany are 4.50 to pull off a shock victory.