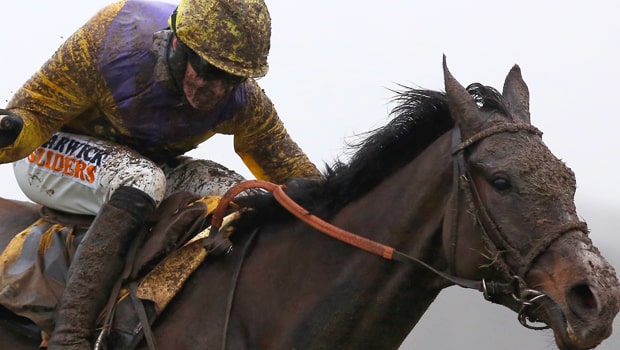 Amy Murphy will stick to her plan of running Kalashnikov in the Racing Post Arkle at Cheltenham despite his recent defeat in the Kingmaker Chase.

Second in last year’s Supreme Novices’ Hurdle in the Cotswolds, Kalashnikov has been touted for the Arkle this term after winning his first two starts as a novice chaser.

He finished a good second behind Dynamite Dollars in the Wayward Lad Novices’ Chase at Kempton over Christmas and was a red-hot favourite to land the Kingmaker.

The race was re-routed to Sandown after equine flu claimed the original date at Warwick but, despite going off odds-on, Kalashnikov could manage only a 19-length second of three behind Glen Forsa.

Mick Channon’s charge was impressive and is also bound for the Arkle, which has cut up with the likes of Dynamite Dollars and Le Richebourg ruled out through injury.

Murphy will resist the notion of a run in the two-and-a-half-mile JLT Novices’ Chase instead of the Arkle, though she admits nothing has come to light to explain why Kalashnikov failed to fire in the Kingmaker.

“I thought something underlying would come out but thankfully it didn’t and we can go to Cheltenham. For whatever reason on that day he just wasn’t at the races.

We will probably never get an answer. We will carry on what we’ve been doing,” she said.

“He is in fabulous form. Literally we can hardly sit on him at home he is so fresh. He schooled fantastically on Thursday morning.

“We are not changing tack and sticking to the Arkle. If you go back to the past 18 months, his Betfair Hurdle, Supreme Novices’ Hurdle run and his two novice chases he certainly doesn’t lack for speed.

He is pretty versatile but I think slower ground would play in our favour if there is rain.”

Kalashnikov is now 11.00 to win the Arkle at Cheltenham, with Kingmaker winner Glen Forsa priced at 4.50.