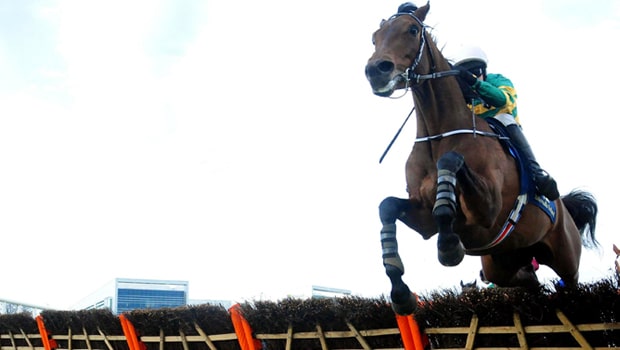 Joseph O’Brien is confident Triumph Hurdle favourite Sir Erec will be at his best for next Friday’s Cheltenham Festival date despite a minor setback at home.

O’Brien, who won the race with Ivanovich Gorbatov in 2016, took to Twitter on Thursday to reveal his charge had picked up a stone bruise.

The young handler assured his supporters that eight days would be long enough for Sir Erec to recover.

O’Brien posted: “Just to keep everyone in the loop, Sir Erec was found to have a stone bruise this morning.

“With eight days until the Triumph Hurdle, we are confident that will be more than enough time for him to fully recover and get to the race in top form.”

A high-class performer on the Flat, the Camelot colt was a close third behind Stradivarius in the Long Distance Cup at Ascot on British Champions Day in the autumn before embarking on his jumps career.

Much excitement greeted his changing of codes and Sir Erec has won both starts over timber so far.

He landed the Spring Juvenile Hurdle at Leopardstown last month, the Grade One being a key trial for the Triumph Hurdle at Cheltenham.

O’Brien later declared that his social media post was simply a means of keeping punters in the loop.

“He is a fancied horse going to a Festival, it is important that people know,” said O’Brien.

“A stone bruise is like having a thorn in your finger – it’s a bit sore, but should be good in a couple of days’ time.”

Sir Erec is favourite at 2.10 to win the JCB Triumph Hurdle at Cheltenham next Friday.