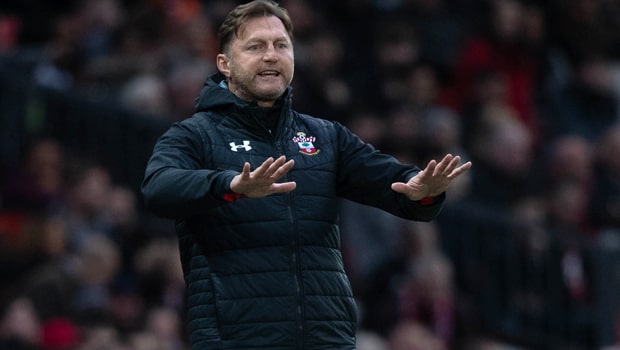 Southampton manager Ralph Hasenhuttl admits the prospect of his team having three weeks off at a crucial point in the season is ‘not easy’ to deal with.

Saints host Tottenham at St Mary’s on Saturday but they will then have three weeks to wait for their next game.

The FA Cup quarter-finals take place next weekend – meaning a potential trip to Watford has been postponed – before the Euro 2020 qualifiers kick-off a week later, ensuring Southampton won’t return to action until they travel to Brighton on March 30.

Hasenhuttl remains new to the English game and he wasn’t expecting such a prolonged period of inactivity.

“This is a new situation for me, missing a game for the cup. To have such a long break during the season is unnatural,” Hasenhuttl said.

“We will have everyone here for the first week and then not for the second because some will leave for their national teams.”

Southampton go into this weekend just two points clear of the relegation zone in 17th spot. Brighton have played a game less and are three points above them ahead of facing Crystal Palace at Selhurst Park on Saturday.

While Hasenhuttl will do some initial work for the Amex Stadium clash at the end of the month, he suggests the international break may render it useless.

“In that first week, we will take a few early steps towards the Brighton match but when they go to their national teams, maybe they will forget what we worked on. We will try to find some rhythm but it is not easy,” he added.

The Southampton boss has also confirmed that Danny Ings will miss the clash with Spurs on Saturday.

Southampton are 4.20 to get the win, with former boss Mauricio Pochettino’s side favourites at 1.85 and the draw currently 3.75.