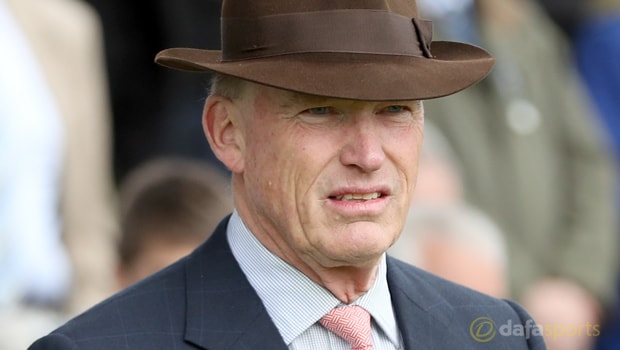 John Gosden would love to see ‘the two outstanding colts in Europe’ clashing in next month’s Epsom Derby, though he isn’t sure if his Dante winner Roaring Lion will be there.

Roaring Lion and Oisin Murphy powered home at York on Thursday to win the Dante by just over four lengths from Mildenberger.

It was an emphatic success in one of the standout Derby trials but Gosden suggests owners Qatar Racing will have to decide on Epsom or the French Derby as their next target.

Derby favourite Saxon Warrior has twice defeated Roaring Lion, in the Racing Post Trophy at Doncaster last season and again this month in the 2,000 Guineas at Newmarket.

For Gosden, the improved effort at York wasn’t a big surprise, but he says a decision on where to go next must wait.

“I would absolutely advise people to wait,” he said. “We have set ourselves something to think about.

“I would have been disappointed if he hadn’t won like this. He’s been training beautifully at home.

He woke up after the Guineas and has got himself mentally in the zone. To that extent I expected a big performance.

“He hit the line strong, galloped out well, and we just have to work out whether we go to Epsom or the Prix du Jockey Club. There is no decision to be made in a hurry.”

The Clarehaven handler admits he’d relish another pop at Aidan O’Brien’s unbeaten colt, though he knows it isn’t a certainty to happen at Epsom in a fortnight.

“Saxon Warrior is a fabulous horse. We thought we had him beat at Doncaster but he came back and beat us fair and square. I thought he was imperious in the Guineas,” he added.

“He looked marvellous, a big, powerful horse. I have tons of respect for him. It would be fabulous if they both went there together. It’s not for me to make the decision.

Saxon Warrior is favourite at 1.80 to win the Derby at Epsom, while Roaring Lion can be backed at 7.00.