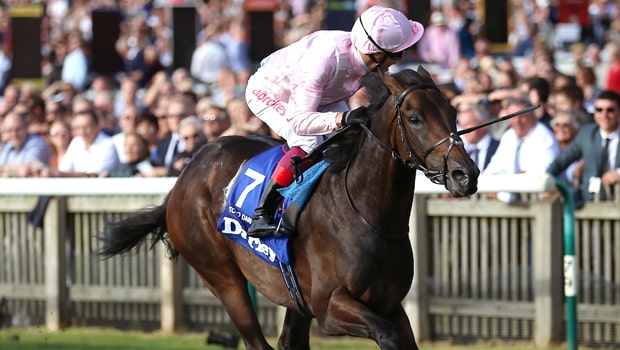 Trainer John Gosden says stable star Too Darn Hot is making great progress after his latest injury setback although connections are still to decide his next outing.

The three-year-old was set to run in the Qipco 2000 Guineas on May 4 but Gosden pulled him out last weekend.

With the favourite now out of the race, Ten Sovereigns is 3.75 to win, while Magna Grecia is the closest rival at odds of 6.00.

Too Darn Hot, who is unbeaten in four starts, is now set to race in either the Dante Stakes at York or the Irish 2000 Guineas, as long as his recovery continues.

“He is doing great and I’m very happy with him. He is trotting and he will be back cantering very soon,” said Gosden.

“We just simply ran out of time for the Guineas and it was correct to tell everyone at the weekend, two weeks before the race, and also you had the forfeit stage this morning, and people want to know if you are staying in or not.

“I think that was the honourable and correct thing to do. I think we are looking at either the Dante or Irish 2000 Guineas, and that would be the plan.

“I just want to see how the horse trains through May before making that decision.”

Too Darn Hot has already won on two occasions at Sandown before further successes at Doncaster and Newmarket.

The bay colt is expected to make a full recovery and owners Lord and Lady Lloyd Webber will be hoping siblings Lah Ti Dar and So Mi Dar can also return from their recent injury setbacks.