John Gosden maps out Enable’s route to the Arc 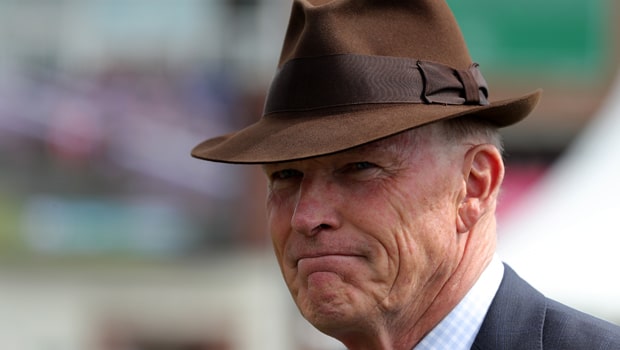 John Gosden always had the Eclipse at Sandown in his mind as the best place to commence Enable’s season, despite talk of going to Royal Ascot.

The Eclipse has been confirmed as the intended starting point for the superstar filly on a road that Gosden and connections hope will take them to Paris in the autumn for a tilt at winning the Prix de l’Arc de Triomphe for a third time.

The daughter of Nathaniel has been kept in training as a five-year-old in order to allow her to chase the dream of becoming the first horse ever to win Europe’s premier middle distance race three times.

After consultation with owner Prince Khalid Abdullah’s racing manager Teddy Grimthorpe and jockey Frankie Dettori following a workout last week in Newmarket, the Eclipse is looming and that is something Gosden is content with.

“She was having a good blow [after gallop on the Limekilns on Wednesday], and we didn’t want to rush to run over a mile and a quarter going down into Swinley Bottom [at Royal Ascot],” said Gosden.

“I always wanted to run in the Eclipse myself. I had dropped a hint before and Frankie and I, with Teddy, said we are going to the Eclipse because it would be a much better place to start her out.

“Hopefully then we can go to the King George, York, then hopefully the Arc.”

Enable has won nine races on the bounce, 10 of 11 overall in her career, and has established herself as a Group One-winning machine since her Classic season in 2017.

She won all three starts last year, including holding off Sea Of Class at Longchamp in the Arc, and the Breeders’ Cup Turf in America. She can be backed at 4.50 to win the Coral-Eclipse at Sandown on July 6.